Feds concerned about increase in weapons smuggling from Miami to Haiti 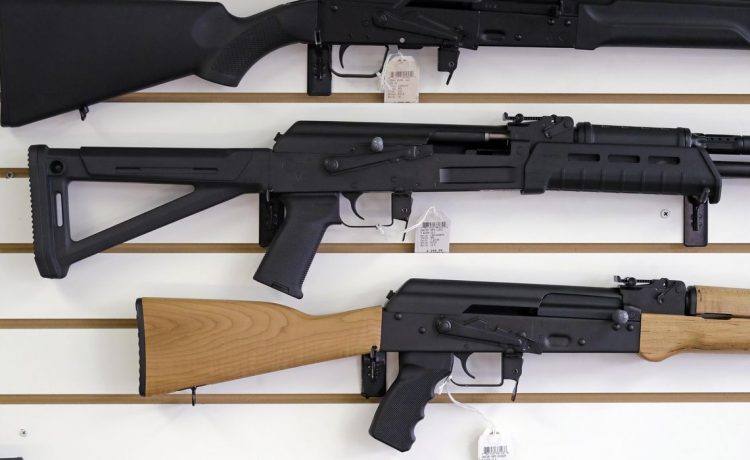 An increasing number of weapons being smuggled out of Miami and into Haiti have put federal authorities in the region on alert.

Homeland Security Investigations said Friday it has seen a “substantial increase” in the number of weapons being illegally trafficked, including .50-caliber sniper rifles, more tha 300 rifles and a belt-fed machine gun, according to a news release.

The weapons smuggling is thought to be fueling a trend of violence by transnational criminal organizations.

“It’s been alarming and disturbing to see the spike of violence coincide with a spike in weapons trafficking out of Miami towards Haiti,” Anthony Salisbury, special agent in charge of Homeland Security Investigations Miami, told ABC News.

Gédéon Jean, who works for the Center for Analysis and Research in Human Rights in Haiti, told the Miami Herald that weapons trafficking to the Caribbean nation appears to have overtaken cocaine trafficking.

The Miami River has been a hot spot for Haitian freighters, according to ABC, which reported that the freighters more closely resemble large tugboats. The boats’ smaller size allows them to dock along the portions of the river that go deeper inland, where cargo is often loaded by hand — a sign that smuggling activity is more likely.

“We are really focused on getting after this threat to remove those weapons from the hands of people who should not have them: the gangs, the transnational criminal organizations,” U.S. Coast Guard Rear Adm. Brendan McPherson said during a press conference last week.

Other federal agencies taking part in the smuggling crackdown include U.S. Customs and Border Protection; the Bureau of Alcohol Tobacco, Firearms and Explosives; and the Miami Dade Police Department’s Organized Crime Bureau.

Federal officials told ABC that HSI is reluctant to detail the exact number of open investigations related to smuggling to avoid compromising prosecutions.