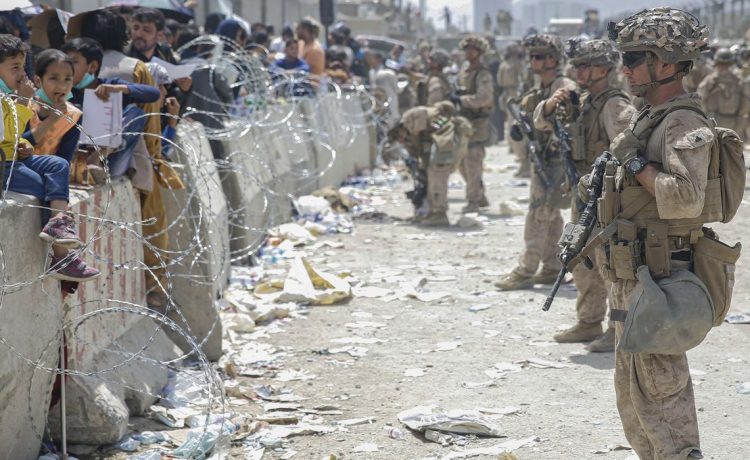 For the last year, Afghan allies stranded after the U.S. troop withdrawal have complained that they felt nobody was listening to their pleas.

It turns out they were right.

A new report by the State Department’s inspector general says that as of May — nearly nine months after the pullout — 325,000 unread email messages were sitting in the main mailbox of the government program designed to rescue Afghans who assisted the U.S. war effort.

Some of those unread messages dated back to August 2021, before the last troops were withdrawn.

Desperate Afghans were reaching out and nobody was answering, and advocates for the Afghans say they now know why.

Along the way, the backlog of applications for the Special Immigrant Visa designed to get Afghan allies out of the country and into the U.S. soared, topping 300,000 potential immigrants awaiting State Department decisions.

“In [the National Visa Center], the application backlog is related to opening emails sent to NVC’s Afghan SIV email account,” the inspector general said. “As of May 2022, the email account had over 325,000 unread messages, and OIG observed that NVC staff were still opening unread emails dated from August 2021.”

Rep. Michael McCaul, the top Republican on the House Foreign Affairs Committee, called it the latest “travesty” in the Biden administration’s handling of the withdrawal and America’s promise to help those who helped us.

“This report outlines exactly what I have seen with my own eyes in my office’s efforts to help our Afghan partners who are still trapped in the country,” Mr. McCaul told The Washington Times. “Some of our cases involve people who submitted their SIV application over a year ago who still haven’t received even an application number.”

The inspector general has twice cited the email backlog numbers, first in a September report and now in a broad review of the SIV program and its stumbles over the last 14 months.

In its official reply, the State Department said it has figured out a “technological solution” to work through the backlog and it’s making headway. As of the end of August, the number was just 140,175 unread messages from “potential applicants.”

In a September filing, the department had said it would eliminate the backlog by the end of October.

But when The Washington Times asked the department if it was still on track, an official didn’t answer but instead defended the broader efforts.

“The Department will continue to ensure Afghan SIV applications are processed as quickly as possible in accordance with statutory requirements, while continuing to safeguard U.S. national security,” the official said in a statement.

The department said it vehemently disagrees with the inspector general’s broader set of criticisms of how it’s handled the SIV program overall, saying investigators bungled the data and failed to give credit to ongoing efforts to improve things.

The State Department says it was left with a barely functioning SIV program amid the pandemic and Trump administration negligence, and it has surged people and streamlined the process to cut down on decision times.

Case processing has soared and more than 18,000 Afghan allies and family members have been issued SIVs from January 2021 through the end of September, the department said.

“These are exponential increases in productivity for which the report does not account,” Brian P. McKeon, deputy secretary of state for management and resources,” said in the official reply to the inspector general.

One major point of contention is the nine-month target for processing SIV applications which was set in law. The State Department said — and the inspector general eventually agreed — that the nine-month mark was only a benchmark and not a legally binding deadline.

Caught in the recriminations are Afghans who assisted the U.S. war effort and who are now in danger with the Taliban in control of the country.

The U.S. promised the SIV to them, giving them a path to permanent legal status and citizenship in the U.S.

There is no firm count, but advocates estimate tens of thousands were stranded when American diplomats and troops withdrew, leaving no U.S. presence in the country to process applications. State Department officials, when they do respond to inquiries, have told Afghan allies to try to get out of the country and complete processing elsewhere.

In many cases, Afghan allies say they didn’t hear anything at all in response to inquiries.

The American Legion, which has been pushing for better efforts to assist Afghan allies, called the email backlog one of many signs of problems in the SIV program.

“These delays and dysfunctions, over several administrations, are the reasons so many vulnerable Afghan allies languished in Afghanistan in the first place,” said Mario Marquez, director of national security for the Legion. “Corrective actions that would significantly reduce the email backlog must be put to action immediately, as every day that an Afghan and their family receive no action literally increases the risk to their lives.”