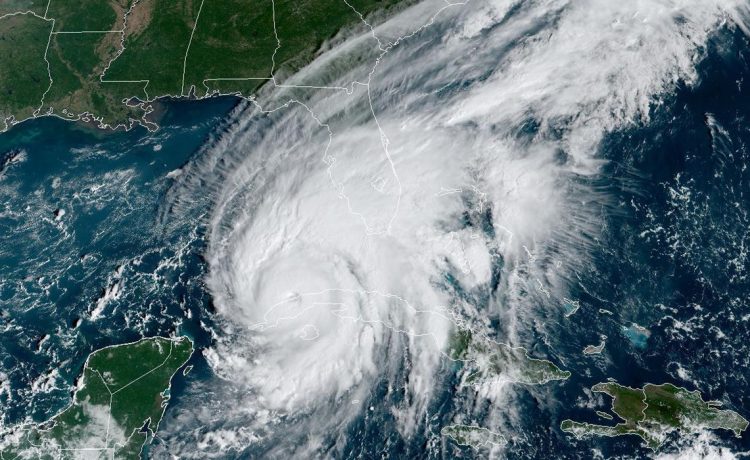 President Biden’s top emergency official told Floridians to “get ready” and not to underestimate Hurricane Ian as it creeps toward Florida’s western coast, posing the risk of deadly winds, flooding and powerful storm surges.

Deanne Criswell, administrator of the Federal Emergency Management Agency, said the storm is moving at 12 mph but will slow to 5 mph when it makes landfall, likely on Wednesday night.

“What this means is that Floridians are going to experience the impacts from this storm for a very long time,” Ms. Criswell said at the White House.

Ms. Criswell said she is worried about complacency because this part of Florida hasn’t experienced a direct hit by a hurricane in many years, and there are plenty of new residents in the area.

The National Hurricane Center upgraded Ian early Tuesday to a category 3 storm, with winds of at least 125 mph.

She said FEMA’s biggest concern is storm surge, or an abnormal rise in waters far above tide levels. It is often responsible for deaths in hurricanes.

Ian is expected to make landfall between Tampa and Fort Myers.

White House press secretary Karine Jean-Pierre said Mr. Biden spoke to the mayors of Tampa, St. Petersburg and Clearwater to underscore federal support for the cities after Ian hits. He did not speak with Republican Gov. Ron DeSantis.

“President Biden said that he has directed FEMA Administrator Criswell to ensure that all available federal support is surged to prepare in advance and to respond in the aftermath of the storm to augment state and local emergency response efforts, and emphasized the importance of encouraging families to heed evacuation orders,” the White House said in a readout on the call.

Mr. Biden approved an emergency request from Mr. DeSantis days ago in preparation for the storm.

It was unclear why the president had not called Mr. DeSantis — a prominent and outspoken Republican — alongside the mayors, but Ms. Criswell said “we’ll continue to stay engaged with him.”

“We do not bring politics into our ability to respond to these disasters,” Ms. Criswell said.

Ms. Criswell said the administration pre-positioned 128,000 gallons of fuel and the Army Corps of Engineers is ready to respond after the storm sweeps through Florida.

She said her agency is ready to help Florida even though it is dealing with the fallout from storms in Alaska, Kentucky and Puerto Rico.

“We have enough people to come in and support the response for this,” Ms. Criswell said.