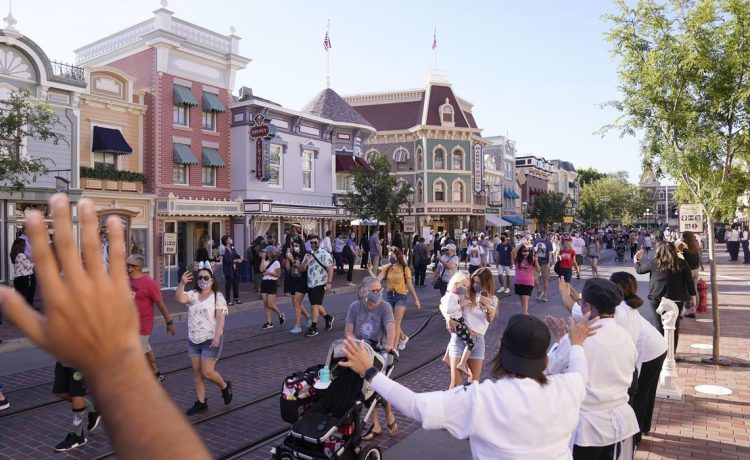 The “Happiest Place on Earth” is reminding patrons to keep it that way, or else they could be kicked out.

A new rule requires visitors at Disneyland and Disney World to be courteous to one another after fights have taken place at the theme parks in recent months.

Disney World in Florida added the rule to its website’s “Know Before You Go” section this month. Disneyland in California put up an identical notice just before the Christmas holiday, according to the Orange County Register.

The rule’s language on Disney World’s site reads, “Be the magic you want to see in the world. You must always remember to treat others with respect, kindness and compassion. Those who can’t live up to this simple wish may be asked to leave Walt Disney World Resort.”

Visitors should show courtesy to Disney employees and others by “not using profanity or engaging in unsafe, illegal, disruptive or offensive behavior, jumping lines or saving places in lines for others,” according to Disney‘s website.

Scrums at both parks made headlines this year.

A fright broke out this month between two guests at Disney World’s EPCOT park, and two families brawled in Magic Kingdom’s Fantasyland in July, according to WDW News Today.

The outlet also reported that a man was arrested for child abuse at Disney‘s Hollywood Studios in Florida, plus a fight at Disneyland in May during the return of its show “Fantasmic!”