The Great Days > News > Fire breaks out aboard only Russian aircraft carrier, no reports of injuries
News

Fire breaks out aboard only Russian aircraft carrier, no reports of injuries 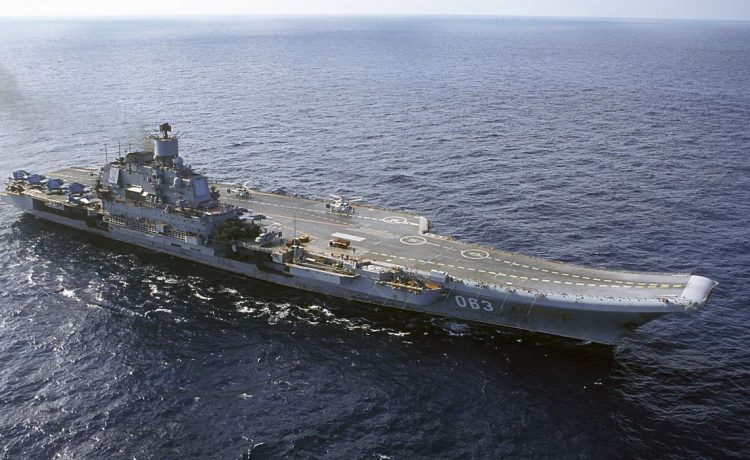 A fire erupted Thursday aboard the Russian navy’s sole aircraft carrier while it was being refurbished in dry dock, but there were no reports of injuries, according to state-run media.

Fire crews quickly extinguished the flames aboard the Admiral Kuznetsov, the flagship of the Russian navy, while it was in the dry dock in Murmansk in northwest Russia, the TASS news agency reported.

“The ship’s damage control system was promptly activated and there is no damage,” Russian shipbuilding officials told TASS.

The Kuznetsov was launched in 1985, years before the collapse of the Soviet Union. It went into dry dock in early June, and Russian officials said it would be ready in 2023. After the upgrade, it will be able to serve for at least another 10-15 years, TASS reported, citing Russian officials.

The Kuznetsov uses an inclined “ski jump” to launch aircraft, unlike U.S. aircraft carriers, which deploy fighters using catapults. It is technically classified as an aircraft-carrying cruiser, which allows it to transit the Turkish Straits connecting the Mediterranean to the Black Sea.

The Montreaux Convention prohibits aircraft carriers heavier than 15,000 tons from transiting the straits. The U.S. isn’t a signatory to the convention but generally abides by the restriction.