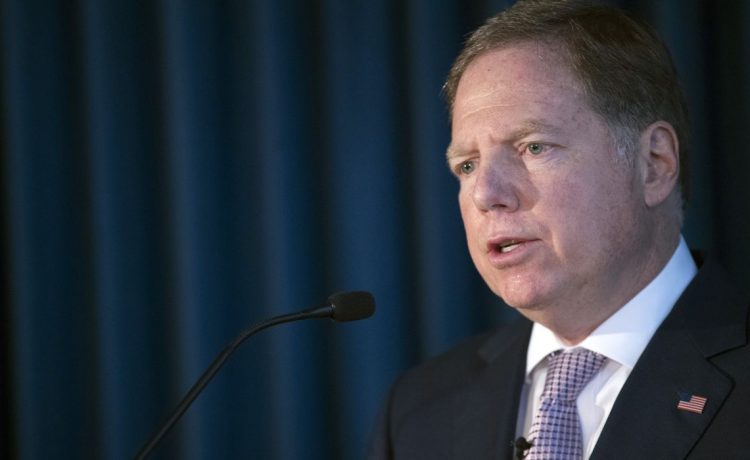 A former U.S. attorney for New York said Sunday that the idea of Donald Trump being reelected makes him “shudder” because of allegations the former president politically interfered with his office.

In a new book, Geoffrey Berman, who was fired as U.S. attorney for the Southern District of New York months before the 2020 election, levies accusations that Mr. Trump pushed for legal inquiries into political foes.

“I shudder to think about it. The prospect of a second Trump administration frightens me,” Mr. Berman said on NBC’s “Meet the Press.” “All of the dangerous and outrageous things he did as president will be repeated if there’s a second administration, except this time, he’s going to be more successful in doing that.”

The ousted U.S. attorney has been on a media blitz to promote his book, “Holding the Line: Inside the Nation’s Preeminent US Attorney’s Office and its Battle with the Trump Justice Department.”

In the book, Mr. Berman alleges that Mr. Trump and Attorney General William P. Barr politicized the Department of Justice, an accusation the former president has made against the Biden administration amid a DOJ probe into Mr. Trump’s handling of classified documents after leaving the White House.

“I wrote the book because I want people to understand the full scope of the improper and outrageous political interference by the Trump Justice Department in the cases of the Southern District of New York,” Mr. Berman said. “The book demonstrates what Trump is capable of and what he’s likely to do. And it provides a frontline view of just how vulnerable our justice system is.”