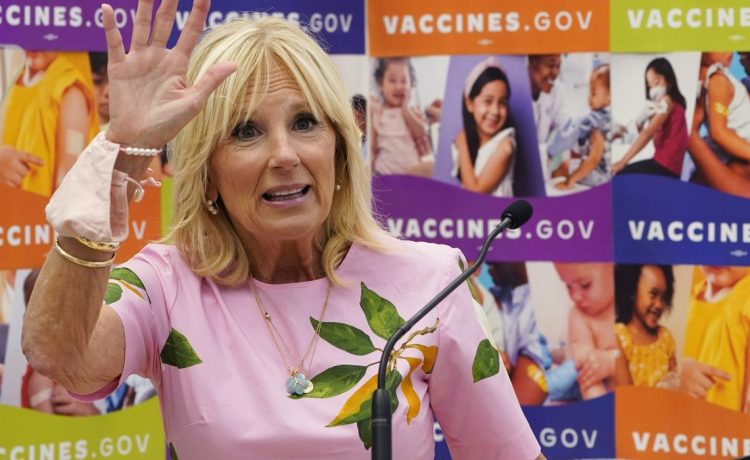 First lady Jill Biden on Tuesday apologized for a comment earlier this week comparing the diversity of Latinos to “breakfast tacos” at a Hispanic conference.

“The first lady apologizes that her words conveyed anything but pure admiration and love for the Latino community,” Mrs. Biden’s press secretary Michael LaRosa wrote on Twitter.

Mrs. Biden was honoring longtime civil rights leader Raul Yzaguirre during the annual conference of UnidosUS, the largest Latino nonprofit advocacy organization in the U.S., when she made the unusual analogy.

“Raul helped build this organization with the understanding that the diversity of this community — as distinct as the [bodegas] of the Bronx, as beautiful as the blossoms of Miami, and as unique as the breakfast tacos here in San Antonio — is your strength,” Mrs. Biden said.

She also mispronounced the word “bodegas” as “bogedas.”

The National Association of Hispanic Journalists issued a sharp rebuke of the first lady’s remarks, saying, “We are not tacos.”

“Using breakfast tacos to try to demonstrate the uniqueness of Latinos in San Antonio demonstrates a lack of cultural knowledge and sensitivity to the diversity of Latinos in the region,” the association said in a statement. “NAHJ encourages Dr. Biden and her speech writing team to take the time in the future to better understand the complexities of our people and communities. We are not tacos.”

“Our heritage as Latinos is shaped by a variety of diasporas, cultures and food traditions and should not be reduced to a stereotype,” the statement continued.

Republicans seized on Mrs. Biden’s comments, saying the gaffe illustrates why more Hispanics are voting for the GOP in recent elections. Former President Trump received 38% of the Hispanic vote in the 2020 election, the largest percentage for a Republican candidate in decades.

Jill Biden says Hispanics are as “unique” as tacos and calls bodegas “bogidas.”

No wonder Hispanics are fleeing the Democratic Party! pic.twitter.com/rhBB1pSNvZ