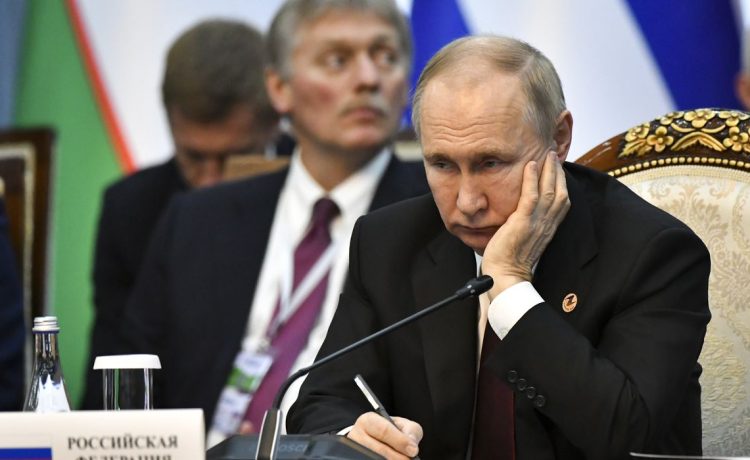 Russian President Vladimir Putin is taking direct fire from defense insiders who say their country’s inept leadership is to blame for the country’s military failures in Ukraine, as even Mr. Putin has been forced to acknowledge in recent days that the war is taking far longer than expected amid a series of setbacks and battlefield defeats.

In a rare step, he even referenced Mr. Putin directly, saying that he’s heard criticism from Russian troops on the front lines in Ukraine who are growing increasingly frustrated with the president, Kremlin officials and the upper echelon of Russia’s armed forces.

The “fish’s head is completely rotten,” Mr. Girkin said in a video on his Telegram channel, according to English-language media accounts.

“It is not just me,” said Mr. Girkin, a former officer with Russia’s Federal Security Service. “People are not blind and deaf at all. People at the mid-level there do not even hide their views which, how do I put it, are not fully complimentary about the president or the defense minister.”

The criticism of Mr. Putin and Defense Minister Sergei Shoigu has mounted over the past few months. It gained steam throughout the fall as Russian troops were pushed back by a Ukrainian counteroffensive that ultimately recaptured Kharkiv, Kherson and other key cities previously occupied by Russian forces.

Mr. Girkin’s rebuke comes just days after a series of apparent Ukrainian drone strikes on targets inside Russia, including a strike on a military base 150 miles from Moscow. The attacks were both a logistical and symbolic blow to the Russian war effort, demonstrating that Russia’s defense forces are not fully capable of protecting their homeland.

Ukraine did not publicly claim responsibility for the attacks, but officials in Kyiv have suggested their armed forces were behind them.

On the heels of those strikes, Mr. Putin had little choice but to acknowledge that his war effort has not gone as expected.

“As for the results of the special military operation, some of them may manifest themselves only after a long while,” the Russian president said Wednesday in televised remarks.

Russian state-run media has mostly kept a tight lid on domestic criticism of Mr. Putin and military leaders, but social media posts such as the one Sunday from Mr. Girkin have added to the already immense pressure on the Kremlin to deliver results. Mr. Girkin’s comments come after months of apparent deep dissatisfaction within the Russian armed forces of Mr. Putin’s war plan.

For example, a New York Times report in September revealed numerous intercepted phone calls from Russian troops to friends and family. In one message, a soldier declared that “Putin is a fool.”

“As a result of the ‘carefully’ planned offensive by the ‘great generals’, we lost about 300 people killed, wounded and missing in the course of four days. [And] half of our equipment,” the Russian troops wrote, according to English-language media accounts.

Russia’s strategy has shifted over the past several months. Rather than attempting to capture Ukrainian territory through ground maneuvers, Russia is instead relying heavily on drones and rockets to target Ukrainian civilian infrastructure. The goal, Western officials believe, is to knock out electricity, heat, and clean-water systems for Ukrainian citizens ahead of the looming winter season.