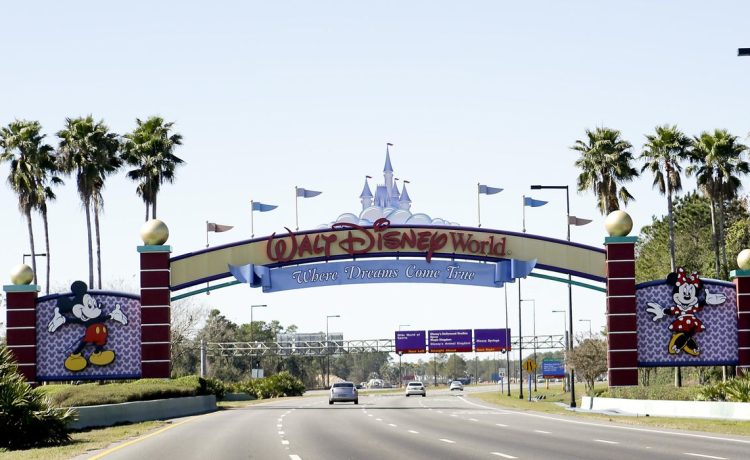 Florida legislators are looking to restore Disney’s special administrative status, which they rescinded last spring over the entertainment company’s opposition to a new law barring discussion about sexual orientation to young schoolchildren, according to a report.

The Florida Legislature is considering allowing Disney to again maintain the Reedy Creek Improvement District but with compromises, according to the Financial Times.

That would include letting Republican Gov. Ron DeSantis appoint two of Reedy Creek’s five Board of Supervisors members and barring Disney from building a nuclear power plant and airport on its property as allowed in the original 1967 agreement.

Mr. Chapek caved to employee pressure and publicly opposed what critics dubbed the “Don’t Say Gay” bill after initially keeping out of the controversy.

The Parental Rights in Education Law prevents Florida public schools from teaching children in kindergarten through third grade about sexual orientation and gender identity. It went into effect in July.

Mr. Chapek’s public opposition incensed Mr. DeSantis and the state’s Republican-controlled Legislature, prompting them to enact legislation in April that stripped Disney of its ability to tax itself in order to provide municipal services and write its own regulations.

But Reedy Creek wouldn’t dissolve until July, giving both sides time to seek a resolution.

Mr. Iger’s comments last week at Disney’s internal town hall, where he expressed regret about the damaged relationship between the state of Florida and the family entertainment giant, were a step in the right direction, a state politics insider told the Financial Times.

“That was a good olive branch message to Disney employees and the state of Florida,” the source, who was unnamed, told the newspaper. “It was a diplomatic kind of message.”

A spokesperson for Mr. DeSantis denied a shift in tone in a statement to the Financial Times

“Governor DeSantis does not make ‘U-turns.’ The governor was right to champion removing the extraordinary benefit given to one company through the Reedy Creek Improvement District,” the spokesperson said.

“We will have an even playing field for businesses in Florida, and the state certainly owes no special favors to one company,” the statement continued. “Disney’s debts will not fall on the taxpayers of Florida. A plan is in the works and will be released soon.”