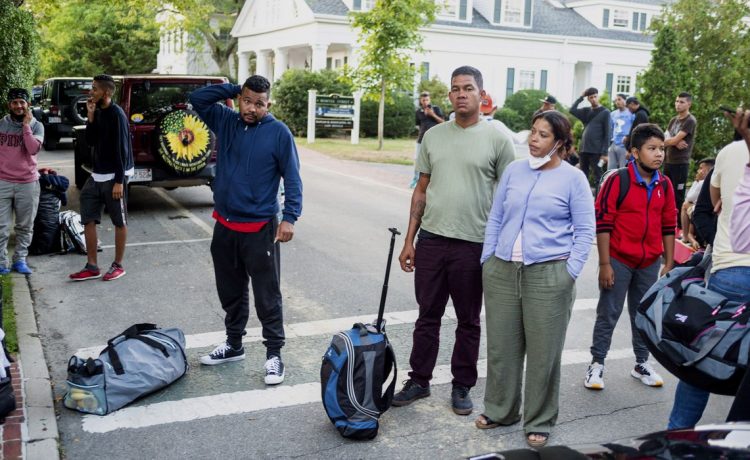 Officials in Florida and Massachusetts confirmed the flights, which held about 50 total migrants.

Officials in Massachusetts complained that they got no notice of the migrants’ arrival and had to scramble to deal with the newcomers, setting up shelters to give them a place to stay.

Immigrant-rights activists noted that the migrants are Venezuelans and accused Florida Gov. Ron DeSantis of reversing an earlier promise not to ship Cubans or Venezuelans out of the state. The activists accused the Republican governor of using them as “political pawns.”

The campaign to transport illegal immigrants deeper into the U.S. is challenging local Democrat-run governments, which have touted their openness to immigrants — including those that came illegally — but now say they are struggling to handle the numbers.

Texas began the transport campaign in April, collecting illegal immigrants caught and released by the feds and busing them to Washington, where they were dropped off blocks from the U.S. Capitol. Arizona followed suit with its own busing.

He has said those cities are getting just a small taste of what Texas has been dealing with as roughly 100,000 illegal immigrants have been caught and released at the border each month.

The busing campaign, and the outrage from local Democratic officials trying to deal with it, contrasts with Vice President Kamala Harris’ claim this weekend that the border is “secure.”

D.C. Mayor Muriel Bowser declared an emergency over the 9,000 or so migrants who have been sent to her city over the last five months.

Ms. Bowser blasted Mr. Abbott for shipping them, but also complained that Mr. Biden has done nothing to help the city accommodate the newcomers.

She has asked for federal money and the federal government to approve use of the D.C. National Guard. Since Washington is a federal district, the mayor cannot unilaterally deploy Guard troops.

In Illinois, Gov. J.B. Pritzker declared a disaster and deployed the National Guard to help with shelter, food and medical care for the migrants bused to Chicago.

The Republican National Committee on Thursday mocked Democrats’ outrage and suggested it was more humane to have the migrants in tony Martha’s Vineyard than camped out under a bridge in El Paso, Texas, where Homeland Security officials have been swamped by the surge of people.