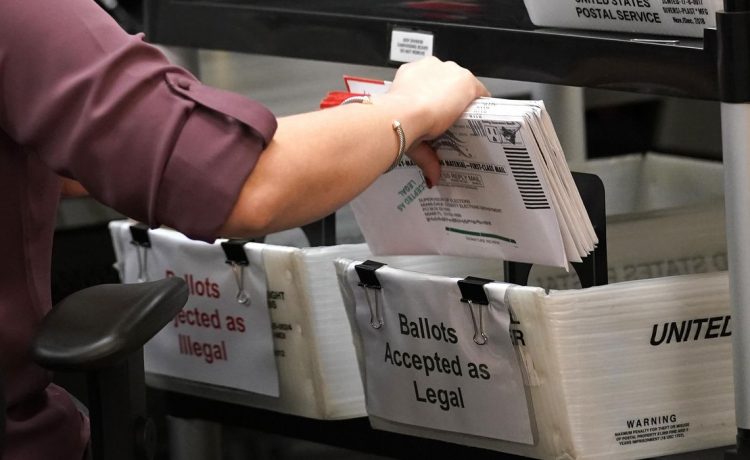 JACKSONVILLE, Fla. — Florida’s newly created Office of Election Crimes and Security is requesting a criminal investigation into charges of ballot harvesting in Orlando, a Democratic stronghold in the critical swing state.

Cynthia Harris, a Democrat who ran unsuccessfully for District 6 commissioner in Orange County, which includes Orlando, provided a sworn complaint to the election crimes office, alleging left-leaning organizations have been perpetrating a scheme to encourage residents in black neighborhoods to apply for mail-in ballots and to fill out those ballots, which she said have been collected by paid canvassers, and sometimes altered, all in violation of state law.

In an interview with The Washington Times, Ms. Harris said she has video evidence of paid ballot harvesters operating in Orlando neighborhoods in both 2014 and 2017, and that the scheme has been going on for decades, continuing through the 2020 election and the 2022 primary.

According to Ms. Harris, the operation is run by unnamed local Democratic operatives funded by progressive groups who mainly seek out the disabled and the elderly, urging them first to apply for absentee ballots, which can be requested by any voter in Florida.

“They know a whole year ahead, who they are going to target and who they’re going to prey upon,” Ms. Harris said. “They get them to fill out an absentee ballot request, usually a year ahead of time. Then they’ll knock on their doors and they’ll say, ‘You received the absentee ballot and we’re here to pick it up.’”

And they don’t just collect the envelopes.

According to Ms. Harris’s complaint, those who collect the ballots alter them if they don’t match the liberal organization’s desired candidate, and will steam open a sealed envelope to make changes. Or they throw the ballot out.

Ms. Harris’s charge coincides with growing concerns about ballot harvesting following the 2020 election. There have been claims by conservative groups of widespread ballot harvesting in key swing states, including Georgia and Wisconsin, where President Biden won by very narrow margins.

Following election fraud claims by Republicans in 2020, Florida Gov. Ron DeSantis signed a law in 2021 stipulating that only a relative can handle a voter’s mail-in ballot. He signed a second law in April that increased the penalty for ballot harvesting from a first-degree misdemeanor to a third-degree felony, punishable by up to five years in prison, a $5,000 fine and up to five years of probation.

The law Mr. DeSantis signed in April also created the Office of Election Crimes and Security to investigate fraud cases.

The office conducted a preliminary investigation of Ms. Harris’s complaint this month and forwarded it to state law enforcement officials.

Ms. Harris blamed her loss to fellow Democrat Mike Scott by just six votes in the August primary on a combination of ballot harvesting and irregularities during the vote counting.

“I’m excited that someone’s finally hearing what has been said for a long time,” Ms. Harris said.