The Great Days > News > For news media, a raid is a raid until it involves Donald Trump
News

For news media, a raid is a raid until it involves Donald Trump 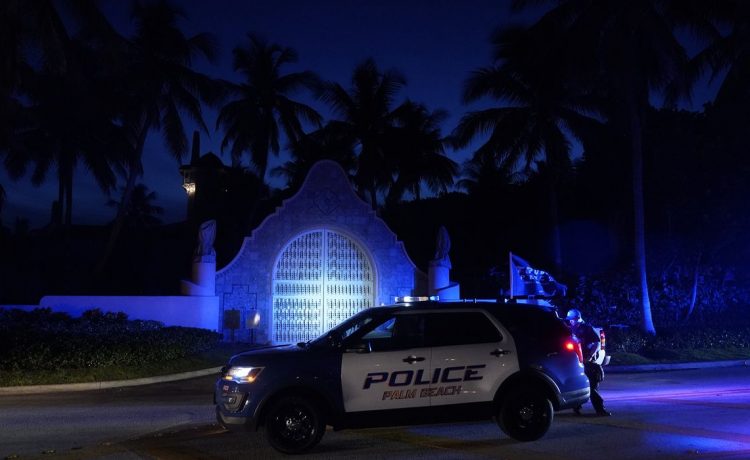 For Donald Trump, there’s no doubt what the FBI was doing when agents made their foray into the former president’s home this week: it was a raid.

Some major news organizations, however, have been reluctant to adopt his terminology and instead settled for more anodyne phrases like “executed a search.”

MSNBC has been leading the pack, with several contributors and guests scolding the use of the term.

“I know Donald Trump is saying this is a raid, but that’s a gross exaggeration,” Dave Aronberg, who serves as state attorney in Palm Beach County, Florida, told the network. “Trump benefits from calling it a raid or a siege because he gets to be a MAGA martyr.”

And Frank Figliuzzi, who served as an assistant director at the FBI, told MSNBC that “agents don’t like the word ‘raid’”

“It sounds like it’s some sort of extrajudicial, non-legal thing,” he said.

Yet MSNBC has labeled other search warrants as “raids” in the past, and David M. Shapiro, a former FBI special agent who’s now a professor at the John Jay College of Criminal Justice in New York, said there’s a reason why outlets use the term raid: It works.

“It’s commonly used, commonly accepted, because it conveys a lot of meaningful information,” he said.

He said a longer description would also capture the elements, such as saying authorities paid a surprise visit and forcibly entered a property and executed a search warrant. But “the word raid captures all of the meaning together in an efficient way.”

“I think raid is really common usage and to stray from it leads me to believe there are political reasons to avoid calling it a raid,” he told The Washington Times.

FBI agents on Monday went to Mar-a-Lago, the former president’s private seaside club in Florida to serve a search warrant, reportedly to investigate whether Mr. Trump was holding classified information that the National Archives believes should have been turned over when he left office.

Mr. Trump was not given advance notice. Agents were allowed access to the property by the Secret Service, which still protects the former president.

In the wake of the operation, a government official objected to the word “raid,” according to NBC’s Kelly O’Donnell. The official said it was not appropriate in this context because they were “not breaking down doors here.”

Door-breaking is not a threshold for Merriam-Webster, which lists one definition of “raid” as a “sudden invasion by officers of the law.” Another definition is “a hostile or predatory incursion.”

Ken Cuccinelli, a former attorney general in Virginia and former acting deputy secretary in Homeland Security under Mr. Trump, said it was correct to call the FBI’s operation a raid, particularly because agents moved on the former president even though his lawyers were still negotiating the fate of the documents with federal officials.

Mr. Cuccinelli said the media’s struggles over terminology were part of a broader difficulty in covering Mr. Trump.

“It’s just part of the left-wing media effort to shade coverage,” he told The Times. “A ‘raid’ sounds less legitimate than a ‘search.’ But ‘raid’ fits in the Trump case.”

MSNBC and Mr. Aronberg didn’t respond to requests for comment for this story.

Neither did CNN, which has also grappled with when to deploy the word. It has been shy about calling the FBI’s Trump operation a raid, instead using “FBI search” in its headlines.

Two years ago, the network did use the term “raid” to describe another search warrant served in Florida when police showed up at the home of Rebekah Jones, a state health department researcher who’d been battling Gov. Ron DeSantis over the coronavirus pandemic.

Indeed, it’s common for media outlets to describe search warrants as raids as long as the element of surprise is part of the service.

Media organizations have also grappled with the term “raids” in the context of illegal immigration, slapping the label on U.S. Immigration and Customs Enforcement’s at-large operations to find and arrest potential deportees.

Mr. Albence chewed out reporters for using the term, saying that ICE goes after specific targets and doesn’t indiscriminately sweep through communities.

“Calling these raids does a disservice to everybody that’s involved in this process,” he said.

His plea did not sway his audience, with most major news organizations continuing to use “raid” to describe ICE’s operations.

Mr. Shapiro said both the FBI’s Trump operation and the ICE operations can rightly be called raids.

“They have the same basic elements, that is the use of legal force by the state, the forcible entry, the hostile action and the surprise nature of it, and the search for illegality,” he said.