The Great Days > Automotive > For the Price of a C8 Z06, You Can Also Have…
Automotive 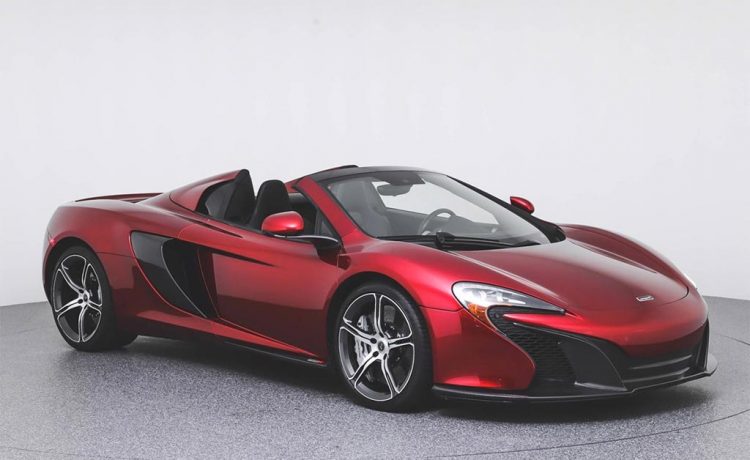 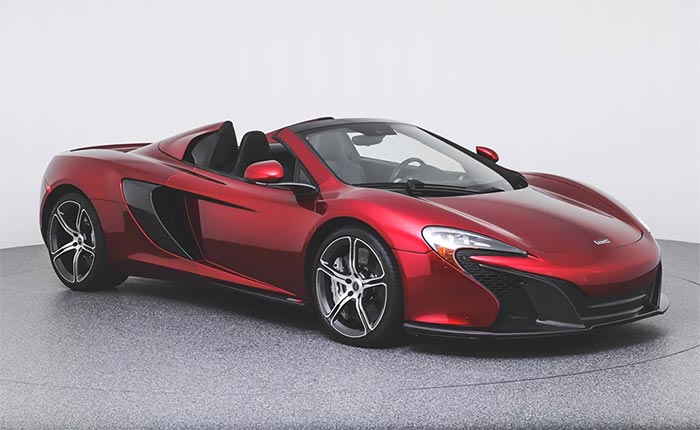 The most impressive thing about the C8 Z06 is that it exists at all. Against all odds, enthusiasts within the automotive industry’s most notorious “bean counting” company somehow pushed a perfected Ferrari 458 Speciale through the dream-killing gauntlet that is the “RenCen.” One of many downsides of Tadge and Co.’s masterpiece, to this point though has to be the record-setting base price increase and an option list that looks a lot more “Porsche” than “Chevrolet” at first glance. After factoring in the gas guzzler tax, the bottom line of my fantasy Z build comes to a completely disheartening total of $175,085!

Several dry heaves after I first configured this dream machine, something a dealership friend of mine uttered to me when a customer pulled up to our showroom in a Mercedes SLS AMG, popped into my head, “you could get a lot of Corvette for the cost of that thing!” With the modern incarnation of the “Gullwing” sitting at a current value of more than a quarter-million dollars, his statement is even truer today than it was in 2012. Unfortunately, the same sentiment can be applied in the opposite direction, and, with the majority of potential customers finding themselves in one of following ’23 Z06 camps: 1. unable to afford it, 2. Unwilling to part with the huge pile of cash required for the new Z, and 3. Struggling to find an allocation, it is time for your friends here at CorvetteBlogger to offer some solutions.

If you are in one of those three groups, or if you are joining your author in the dreamers (I’m not the only one / but my heart’s of gold) club, here are some other automotive paths you could take with that astonishing (but, admittedly, worth it) sum of money.

The big temptation here is to go for a big-ticket item. With $175,085, you could get a nice McLaren 650S or a rougher example of the genuine article, the 458 Italia. With the exotic Italian, though I would be willing to overspend a bit to score a clean specimen being sold by experts like this one! You’re also close enough to go ahead and reach for a 991.2 GT3 with a manual; it is only a couple of horses shy of its successor and, between the two, it is the better-looking model, to boot (except it doesn’t have the incredibly cool “swan-neck” wing struts, but that’s a sacrifice I’m willing to make for a price difference of about 100 Grand). Three more cars that I’d absolutely love to own in this price bracket start with the first-gen Audi R8 V10 and its intoxicating mix of gated manual gearbox and Lamborghini-derived V10 that makes 525 NA horses while revving to a Z06-besting 8,700 RPM! On my (virtual) car shopping trip to Canada a few weeks back, I unearthed one of my top-three all-time faves, one of the 93 Orange Time Attack Vipers ever built which sadly sold before we could hit “publish” (these don’t come up for sale very often, so it was an outstanding find!), I would cherish this car and its 8.4-liter V10 until the day I died. Finally, my Z’s MSRP is an offer – or a small dealer markup – away from the prettiest car assembled in my lifetime, the 2009 Aston Martin DBS. This one for sale right now is perfectly optioned with a six-speed row-your-own transmission, and, like all members of its family, it features a free-breathing 5.9-liter V12 good for 510 ponies; absolutely stunning in every way! 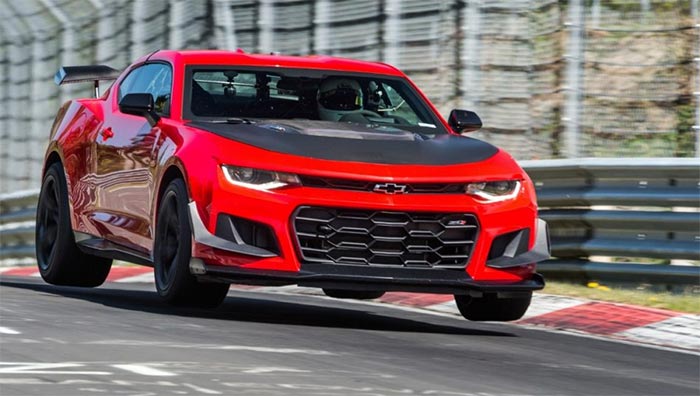 As compelling as those six options are, though, I think it would take multiple cars to knock the Z06 off of the pedestal it currently occupies in my mind, so I’ve decided to use my hard-top convertible Z money to assemble a killer two-car combo! Presently, there are only two cars on the market that push my desire meter even close to the Z06’s high watermark. They both ride on GM’s standout Alpha platform and send power to their rear wheels with the C7 Z06’s mighty LT4 V8 – the Camaro ZL1 1LE and the Cadillac CT5-V Blackwing. Picking between those two is like picking between my kids, but I’m going to go with the pricier, but more practical Caddy mainly because it is a better compliment for the car that I’ll be parking to it. The Sommers-spec of the big Blackwing rings in at $115,205, but to make some wiggle-room for its garage companion, I’m going to nix the ceramic brakes and PDR while scaling back my interior selection from the $6k carbon-backed buckets to the more-reasonable $2,000 sport seat upgrade. This leaves me with an Electric (Rapid) Blue over Sky Cool Gray manual sedan with black wheels, C6 ZR1-esque blue calipers, both carbon fiber packages (I think it looks unfinished and can be easily mistaken for the V6-version without these), the ultra-view sunroof, and a suede draped steering wheel and shift knob. Pre-tax, this puts me at $101,180.

That brings me back to my dealership days and the summer of 2013. Long story short, we were awarded one of, if not THE last C6 Z06 allocation in the state of Colorado, and, in their wisdom, the managers decided to hand the RPO selection over to this young salesman. Up to that point, I had some design input on a few of the cars on the floorplan, but this was the first time that I was completely unleashed on the order guide. As Inferno Orange had been phased out early in the ’13 cycle, I opted for old faithful Torch Red, before continuing with the transformative Z07 checkbox. Next, I added black headlight bezzles to accent the Z07’s cup wheels and full-length spoiler, then turned my attention to creating a matching interior with the red custom stitch over ebony 3LZ combination. I adored that car and have kept tabs on it ever since. Amazingly, it currently resides just one town to the West of me, and my remaining funds from this C8 Z06 exercise would be making the short trip to its caretaker, and I’d finally claim my 7-liter baby. 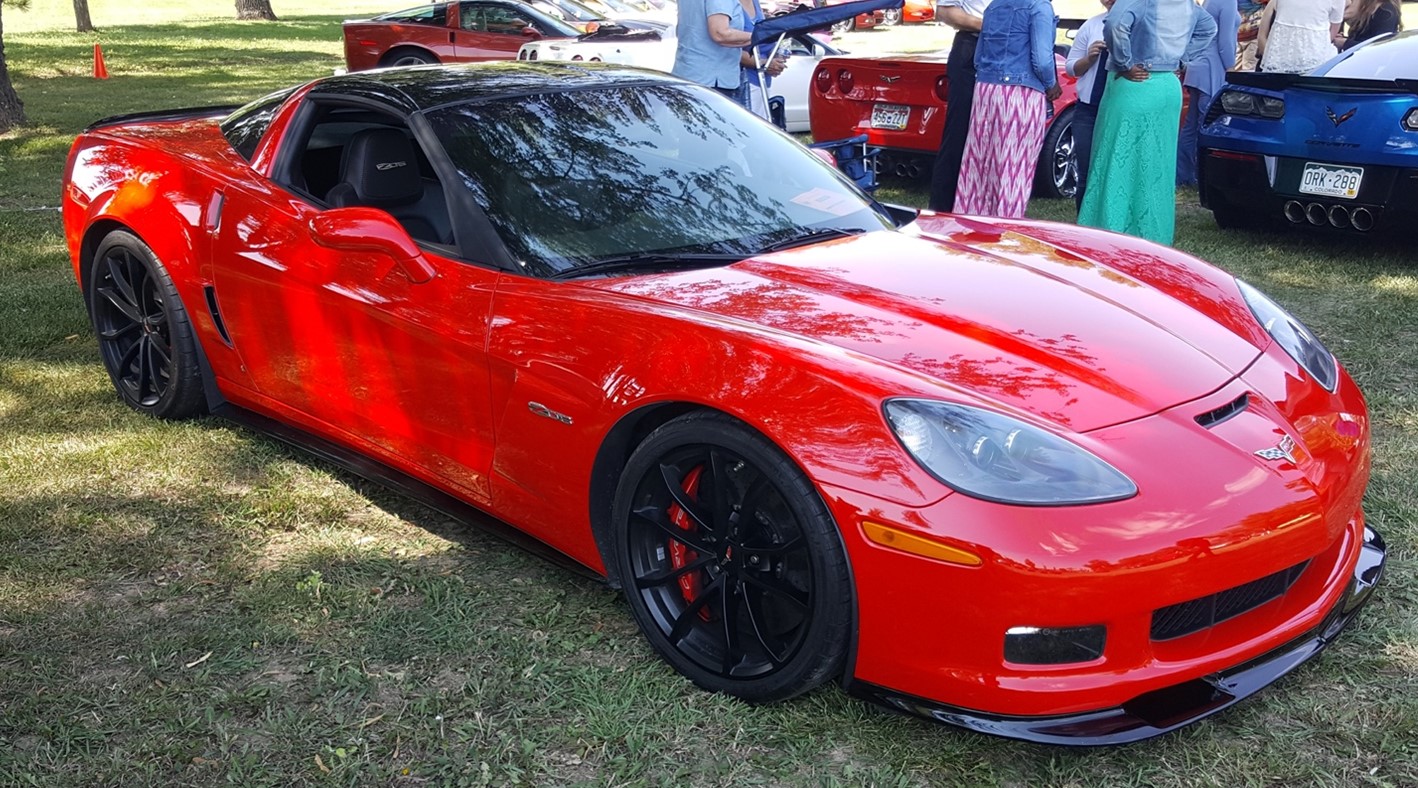 If you are having trouble securing a C8 Z06 or just want to play along, chime in below with your ideas for an LT6 alternative!