The Great Days > News > Ford cuts 3,000 jobs in America, Canada and India as part of pivot to electric vehicles
News

Ford cuts 3,000 jobs in America, Canada and India as part of pivot to electric vehicles 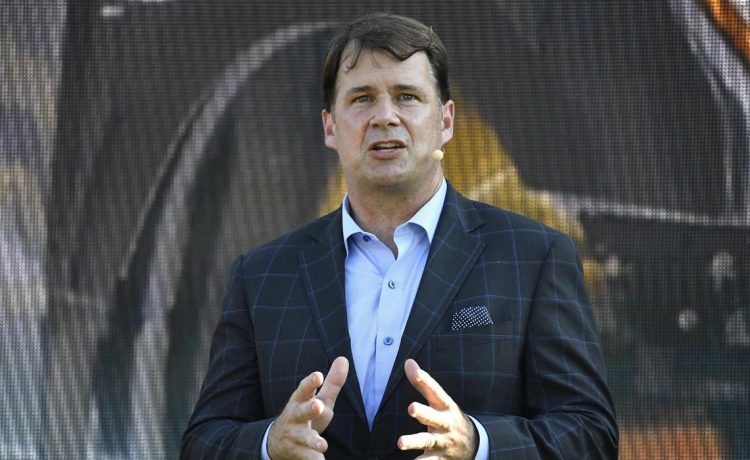 Ford Motor Company announced the layoffs of 3,000 workers in America, Canada and India in a memo to employees Monday as part of a continued pivot to electric vehicles.

The cuts impact around 6% of the company’s 31,000 full-time salaried workers in the U.S. and Canada, The Associated Press reported. Ford’s 56,000 unionized factory workers in America and Canada will be unaffected.

“Building this future requires changing and reshaping virtually all aspects of the way we have operated for more than a century. … It means redeploying resources and addressing our cost structure, which is uncompetitive versus traditional and new competitors,” Ford CEO Jim Farley and Executive Chair Bill Ford said in the email sent to employees, according to Automotive News.

The moves come as the company aims to cut costs as part of a border strategic shift to producing electric vehicles (EVs).

“We can really take our vehicles and make very different kinds of vehicles off of the same body engineering. And that is a complete game changer for us in terms of capital intensity, i.e., lower. … We cannot have the complexity of top hats that we do on our ICE business. We have an opportunity as we go digital with these EVs to simplify our body engineering,” Mr. Farley said on Ford’s second-quarter earnings call, transcribed by Seeking Alpha.

Ford split its ICE and EV divisions into Ford Blue and Ford Model e in March 2022.

“We are going all in, creating separate but complementary businesses that give us start-up speed and unbridled innovation in Ford Model e together with Ford Blue’s industrial know-how, volume and iconic brands like Bronco,” Mr. Farley said in a press release announcing the move.

Despite the Ford Blue division’s inherited expertise, however, Mr. Farley acknowledges that the costs of the ICE business are inefficient as compared to EVs.

“On our ICE business, we want to simplify it. … We know our costs are not competitive at Ford. We are — that’s what I mean by we are not satisfied. … We’re reshaping the company, reshaping skills, investing in new technologies and simplifying investments in others, i.e., spending less,” Mr. Farley said on the second-quarter earnings call.

There may be more job cuts coming down the pipeline as Ford continues to adapt to changing automotive markets.

“With the fast pace of this industry, we’re going to manage the business smartly for these rapidly evolving priorities,” Ford spokesman T.R. Reid told the AP.