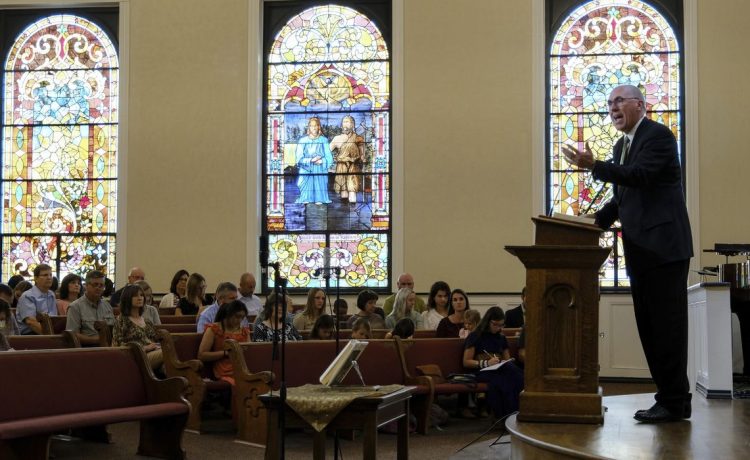 The Rev. Bart Barber, president of the Southern Baptist Convention, on Wednesday said no group of pastors can declare another minister accused of sexual abuse as being “restored” to ministry and that efforts to return the cleric to public ministry are “repugnant.”

Mr. Barber spoke up amid news that the Rev. Johnny Hunt, a former president of the 13.7-million-member denomination, was declared fit to return to public ministry months after admitting to a “consensual” adulterous affair the victim called sexual abuse.

In May, a report from the investigation firm Guidepost Solutions that detailed decades of sexual abuse within the SBC said it found the allegations of abuse against Mr. Hunt “credible” and that Mr. Hunt’s defense wasn’t.

Mr. Hunt eventually confessed to a “brief but improper” relationship with the woman who accused him of abuse in which he pinned her down, pulled up the woman’s shirt and assaulted her with his hands and mouth. The SBC’s North American Mission Board fired him as a vice president when the Guidepost report came out.

According to the news account, the four said Mr. Hunt and his wife participated in an “intentional and an intense season of transparency, reflection and restoration” in which he had “genuine brokenness and humility before God.”

Mr. Barber added, “The idea that a council of pastors, assembled with the consent of the abusive pastor, possesses some authority to declare a pastor fit for resumed ministry is a conceit that is altogether absent from Baptist polity and from the witness of the New Testament.”

Noting that the four pastors described Mr. Hunt as a “wounded person on the side of the road,” an illustration from Jesus’ Parable of the Good Samaritan found in the gospel of Luke 10:25-37, Mr. Barber rejected that analogy.

“The wounded person on the side of the road is the abuse survivor, not Johnny Hunt, and she received no mention at all by this panel — she was passed by, in a way, by this quintet,” the SBC president wrote. “I do not know her, but I don’t want to be guilty of leaving her on the side of the road. I am praying for her, I have heard her, and I believe her.”

Christa Brown, a survivor of sexual abuse by another SBC pastor, wrote on Twitter that while she “appreciate[s] the sentiment” of Mr. Barber’s statement, she is “weary to the bone of words, words, words.”