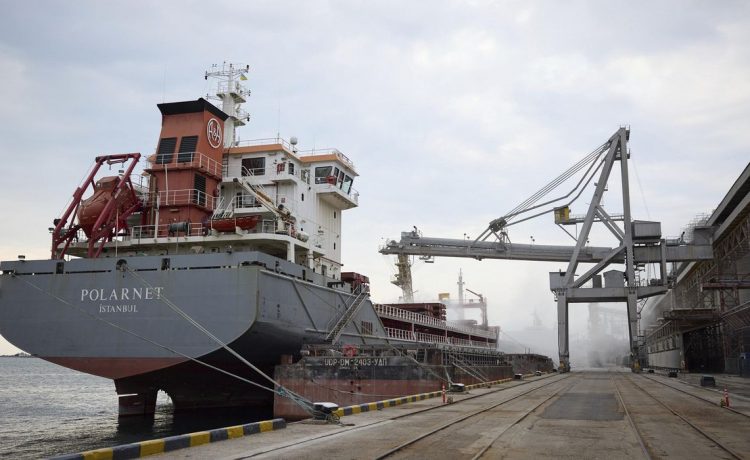 Four ships carrying almost 170,000 tons of grain set sail from Ukrainian ports on the Black Sea on Sunday as part of a U.N.-backed deal to reopen the country’s maritime exports that were blocked after Russia’s invasion on Feb. 24.

The four ships have been identified as the Mustafa Necati, the Star Helena, the Glory and the Riva Wind, according to Agence France-Presse.

The ships are believed to be bound for Turkey, China and Italy, and will be inspected in Istanbul before passing through the Bosphorus.

At least 20 million tons of grain are believed to be stuck in Ukraine as a result of the naval blockade imposed by Moscow.

“Russia has denied millions of people worldwide access to Ukrainian food exports, thus putting them at risk of hunger,” Ukrainian Foreign Minister Dmytro Kuleba said in a statement. He accused Moscow of trying to shift the blame for the resulting food shortages to Ukraine and the West.

“We are gradually unblocking the Ukrainian food exports, but also breaking through the information blockade with a new communication campaign and a special online platform,” Mr. Kuleba said.

SEE ALSO: Most Americans think the U.S. economy is getting worse: poll

The deal that released some ships was a rare diplomatic breakthrough in the five-month-old conflict. It is set to last 120 days but can be renewed if both sides agree.