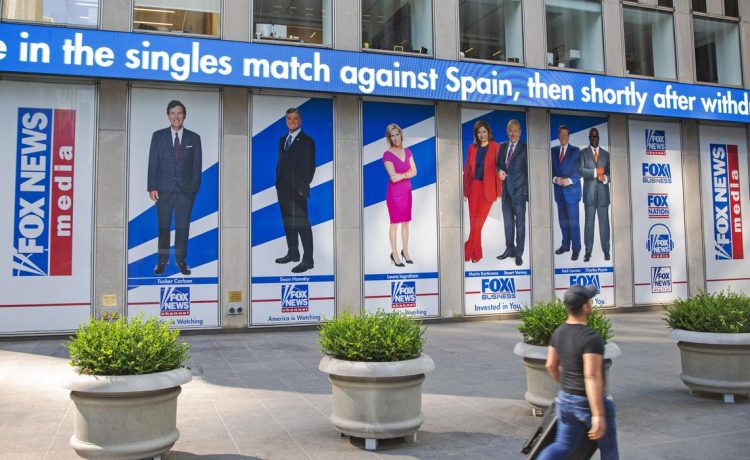 The Fox Nation streaming service is making a play for the enormously successful Christmas romance movie market, raising the possibility of any number of compelling storylines.

Will Yuletide sparks fly between a dogged White House correspondent and a feisty presidential press secretary? Can a national news anchor heading home for Christmas find love with a small-town weather forecaster?

Alas, such plotlines are not in development — at least not that we know of — but Fox Nation’s move into Hallmark Channel and Lifetime territory offers evidence that the platform’s conservative news-and-opinion programming can serve as a foundation for a full-service media brand.

“This has been a breakout year for FOX Nation where we have fully established ourselves as a go-to destination for lifestyle and entertainment,” John Finley, Fox Nation executive vice president of development, told The Washington Times.

Viewers who tune in to catch replays of its prime-time lineup and spin-offs like “Tucker Carlson Today” can now find original shows like “Duck Family Treasure” and “Yellowstone: One-Fifty,” a documentary celebrating the park’s anniversary hosted by Kevin Costner, star of the Paramount Network’s drama “Yellowstone.”

The result is that Fox Nation has prospered where competing cable-news streaming services — specifically CNN+ — have fizzled.

Launched in 2018, Fox Nation saw its subscriber base increase by 80% in the fiscal year ending June 30, buoyed by conversion and retention rates “well above the industry average,” Fox Corp. CEO Lachlan Murdoch said on the Aug. 10 earnings call.

Fox Nation in September debuted its first original movie, “The Shell Collector,” which it followed on Thanksgiving with “Christmas at the Greenbrier,” set at The Greenbrier resort in White Sulphur Springs, West Virginia.

Since then, the streaming service has dropped “Country Roads Christmas” (country singer reunites with famous father) and “Christmas in Wolf Creek” (couple struggles to save their relationship and Christmas). Next weekend comes “Christmas in Rockwell” (famous actress returns to her hometown).

“With our expansion into feature films and the success of our first original movie, ‘The Shell Collector,’ it was an organic decision to delve into holiday films given the hungry market,” said Mr. Finley.

The appetite for family-friendly and romantic holiday movies appears boundless. A tally by Entertainment Weekly found that 170-plus such films will play on about two dozen channels and streaming services during this holiday season.

Lifetime, which entered the holiday movie business in 1996, kicked off its annual “It’s a Wonderful Lifetime” event on Nov. 5, dropping titles every Thursday, Friday, Saturday and Sunday through Dec. 18 for a total of 26 films.

They include “Kirk Franklin’s The Night Before Christmas” (estranged mother and daughter seek refuge during blizzard in a church) and “Scentsational Christmas” (perfumer finds love returning to hometown for holidays).

What makes these movies so popular? Amy Winter, Lifetime executive vice president and head of programming, said the secret is that they “offer a welcome refuge from the day to day stresses of life.”

“They are sweet and sentimental. They remind viewers of their own beloved holiday memories and traditions, and always have a happy ending,” Ms. Winter said in an email. “This undoubtedly plays a role in their popularity. As the genre has expanded, more and more people see themselves and their stories represented in these films, which has also contributed to larger audiences for holiday movies.”

Indeed, the holiday genre increasingly features racially diverse characters and interracial relationships. Lifetime unveiled its first gay holiday romance in 2020, and Hallmark did so in September.

The expanded competition from newcomers like Fox Nation and Great American Family means that channels are increasingly on the lookout for bigger names and fresher storylines.

Fox Nation fans may never see Greg Gutfeld learn the meaning of Christmas by posing as a mall Santa Claus, or Jesse Watters restore a struggling small-town inn just in time for the holidays, but the channel did manage this year to insert a Fox personality into its December line-up.

Fox News media contributor Raymond Arroyo, a regular on “The Ingraham Angle,” hosts “The Wise Men Who Found Christmas,” based on his illustrated book released in October. The special airs Dec. 16 on Fox Nation.