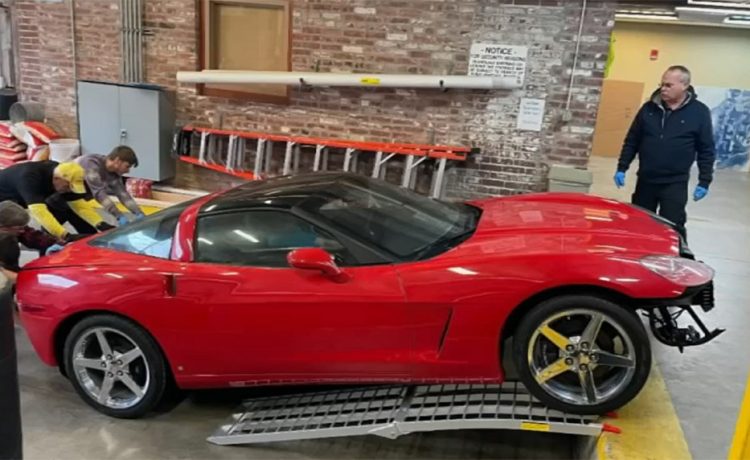 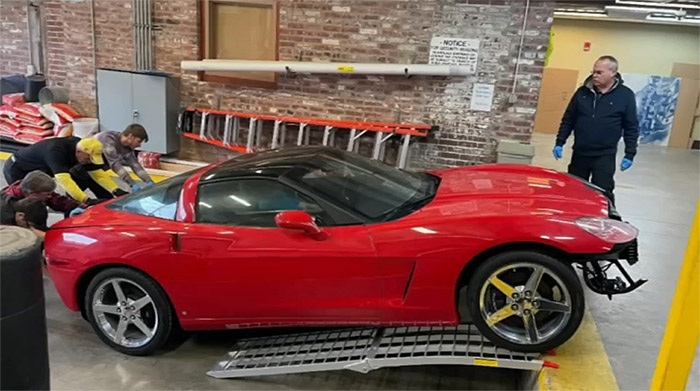 Sometimes it isn’t easy being “cool.”

During the process of recently changing out a C7 Corvette Z06 for a C6 Corvette in its “Cool Kentucky” exhibit, the museum discovered a problem. The cars wouldn’t fit on the elevator to make the exchange. 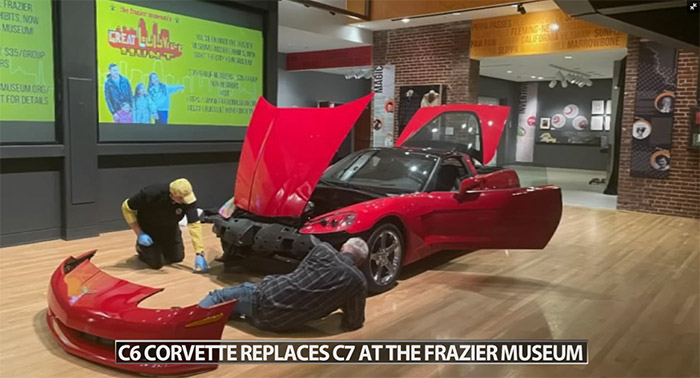 After removing the C6’s front bumper, the car was still too long … by just an eighth of an inch … so they had to remove the mufflers. Even at that, the car had to be jacked up at least two feet at an angle to allow the doors to close safely after rolling it onto the elevator.

Once the car was in the Great Hall, the parts were replaced on the C6, and then the 2015 Torch Red Z06 was disassembled and moved to the loading dock so it could be returned to the National Corvette Museum.

According to the Frazier History Museum website, the museum – located at 829 West Main Street – is “where the world meets Kentucky through thoughtfully crafted stories that spark curiosity about who we are and our connection to the future. Exhibitions, live historic interpretations, Bourbon tasting programs, facility rentals for private events, camps, and a museum store.” 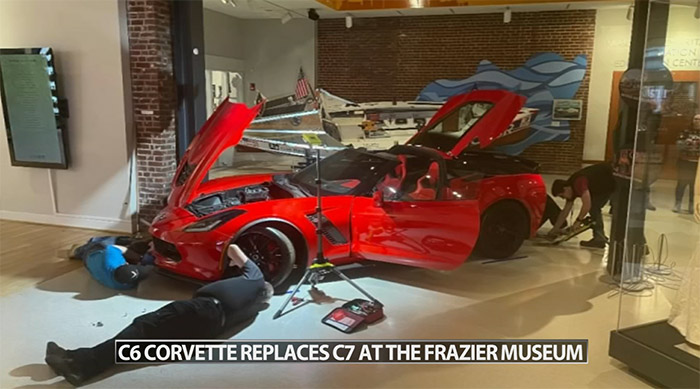 Furthermore, the Cool Kentucky exhibit “is designed to bring the state to life in all of its many facets. The exhibit inspires thought, provides insight, and brings understanding about who we are, how we came to be, and where we can go. Those who experience it will be motivated to see Kentucky for themselves — taking in the state’s many attractions, sights, sounds, and tastes, from north to south and east to west.”

The centerpiece of the exhibit is KentuckyShow!, “an exciting, emotionally compelling, high-definition multimedia experience that takes visitors on a journey to discover all the things that make Kentucky so engaging. Narrated by Kentucky’s own Ashley Judd, KentuckyShow! captures the Commonwealth’s essence, from its people and culture to its music, natural beauty, and more,” according to the Frazier museum. 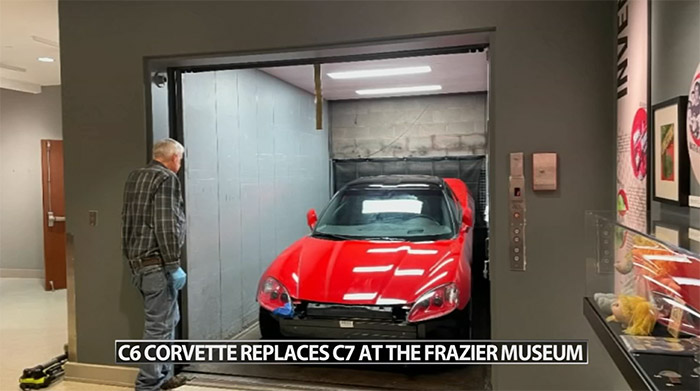 You can watch the news report from wdrb.com.