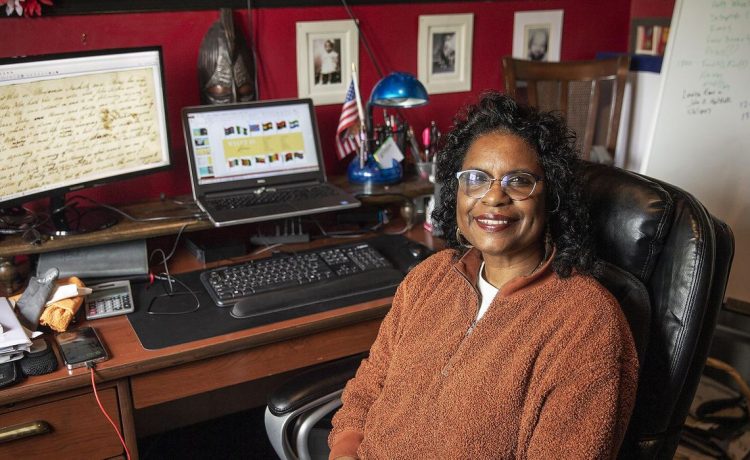 FREDERICKSBURG, Va. (AP) — A genealogist in Fredericksburg has released the names of the families she will focus on for a research project identifying the oldest Black families in the city.

Paula Royster’s “Reclaiming Our Time” project was launched in March and she recently announced the families who will receive extensive DNA testing and additional research support on their ancestry.

The DNA testing will take place the morning of June 25.

A male member of those families will undergo testing to determine if their ancestors hail from one of the 12 African nations that had slave ships arrive at the Fredericksburg dock centuries ago.

Royster observed census records from 1810–60 and made a list of every Black family. She then determined who had been there the longest by who appeared first. Only free Blacks were counted on the census, Royster noted.

Royster encourages surviving members of the families to contact her to set up testing and get the research started.

Royster is the founder and CEO of the Center for African-American Genealogical Research. She’s also a published author who teaches coursework in humanities and social sciences.

Fredericksburg City Council donated $5,000 to her project. She’s also received donations from churches and private citizens. She’s hopeful the final outcome is that the city will support an African-American Cultural Heritage Center, where Black people can conduct research on their lineage, watch documentaries on the places they originated and cultivate a community garden.

“The reason why we’ve done this is our history has been hidden, omitted, erased and when we think about telling the story of the history of Fredericksburg, we think it ought to be more inclusive, diverse of all voices,” Royster said. “It’s important to this community to have this story told.”

Royster said the contributions made by enslaved and free Blacks in the city impact current cultural and spiritual norms. She said that it also affects the economy and shapes public policy.