The Great Days > News > From Paris with lies: The Cindy Axne story
News

From Paris with lies: The Cindy Axne story 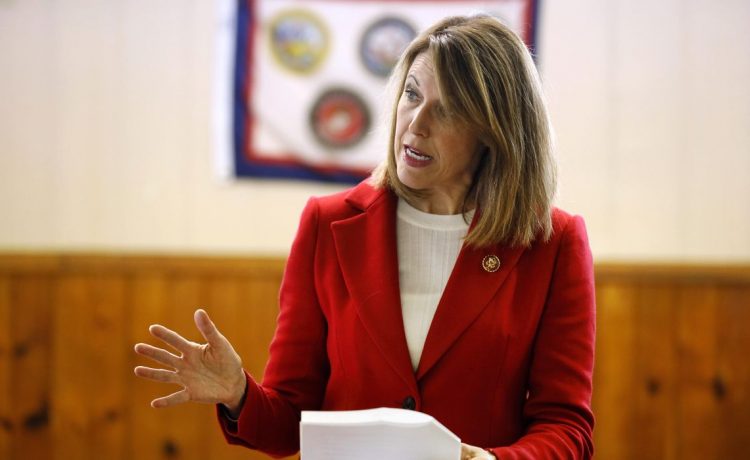 When I was in Des Moines, Iowa, last week, I did an event with Zach Nunn, the Republican state senator running for Congress against Democratic incumbent Rep. Cindy Axne.

We were discussing how Ms. Axne had voted for the so-called Inflation Reduction Act — the dishonestly named bill which actually increases inflation by spending nearly $500 billion (including $80 billion to help the Internal Revenue Service hire an estimated 87,000 additional agents).

When it passed, Ms. Axne tweeted, “PASSED! I just voted YES on the #InflationReductionAct…”

The trouble was, Ms. Axne didn’t vote for the bill. She was in France. Somehow, Ms. Axne failed to mention that she was in Paris (likely busy drinking Champagne and eating escargot) while a colleague voted for her in Washington.

Surely a representative being paid $174,000 a year could show up and vote. Not in Speaker Nancy Pelosi’s House.

In response to the COVID-19 pandemic, Mrs. Pelosi established a system of proxy voting, so members could vote without risking spreading the illness.

Like a truant student faking a doctor’s note, Ms. Axne cited the COVID-19 measure when she wrote the clerk of the U.S. House: “I am unable to physically attend proceedings in the House Chamber due to the ongoing public health emergency,” she wrote in the letter — which delegated to Virginia Rep. Jennifer Wexton the authority to constitutionally represent the people of Iowa.

Now, Ms. Axne was able to get away with this scheme because Mrs. Pelosi extended the proxy voting measure through November. (Likely so her spiraling members can be at home to salvage their campaigns without worrying about missing votes).

Ms. Axne didn’t fool anyone for long. She showed up in multiple pictures (clearly in France) on her family members’ social media accounts.

As the NBC affiliate in Des Moines wrote: “U.S. Representative Cindy Axne, the 3rd District Democrat from West Des Moines, said that she was on a long-planned family vacation to France in August. … The House originally permitted proxy voting as a COVID-19 preventative measure, so that Congress could continue to conduct its work without requiring all members to physically be present. Ms. Axne cited that provision in her request to theHouse clerk for a proxy vote, even though the health pandemic was not the reason that she wasn’t able to be physically present for the vote that day.”

How many hardworking Iowans do you think have the luxury — and arrogance — to call in sick to take a European vacation? Further, the cost of living keeps going up, along with gas prices and the crime rate — due to Democrats’ policies. How many Iowans do you think want to pay Ms. Axne to go on vacation, while she asks someone else to vote to make those prices keep going up?

Ms. Axne’s dishonesty brought a rebuke from the Foundation for Accountability and Civic Trust, an independent ethics group.

“This is a clear case where Rep. Axne blatantly made a false statement to the House Clerk, and by extension to the American people,” said FACT Executive Director Kendra Arnold.

“There is no ambiguity here — she admitted it on television after she was caught,” Ms. Arnold added. “Obviously, this willful abuse of the proxy system is very troubling and yet another example of politicians not even being able to follow the simple rules they themselves put forth.”

Both the 2022 House Republican Commitment to America and the 1994 Contract with America call for abolishing proxy voting. (Although in 1994, we were worried about proxy voting in committees. It would have been unthinkable to consider proxy voting on the floor at that time).

As the Commitment to America puts it: “Democrats have sought to undermine the constitutional principle of one-person, one-vote by rejecting common sense changes that majorities of Americans support. In the House, Democrats created a ‘voting-by-proxy’ system that allows Members of Congress to get paid without ever needing to show up for work.”

The commitment notes that 90% of House Democrats have voted by proxy rather than showing up on the floor (while still getting paid). It also commits to ending proxy voting in Congress.

Cindy Axne’s Parisian vacation is a good example of why representatives should be required to show up and vote.

On Nov. 8, the American people will render their judgment by voting for a new Republican Congress that works or an absentee Democratic Congress that lies.