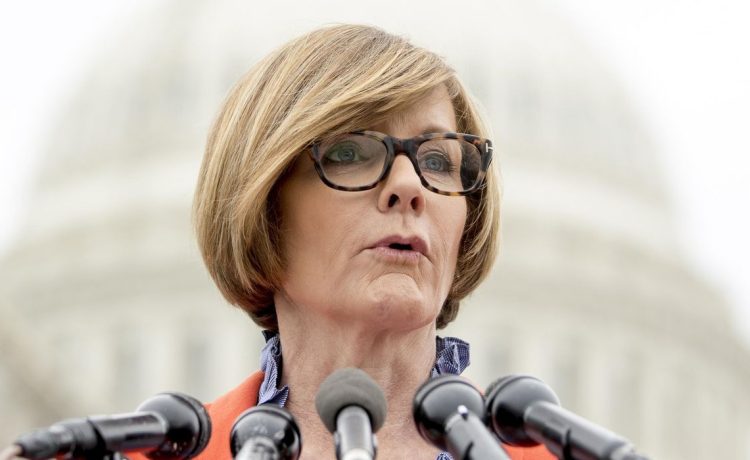 House Democrats representing swing districts are getting a seat at the leadership table with the newly created position of “battleground leader” to advocate for the interests of the caucus’s most vulnerable members.

The new post, which will be filled in a caucus election next week, will craft policy and messaging strategies to strengthen Democrats’ hold on seats in purple districts.

“The people in these seats represent the margin that determines whether or not we’re a majority,” said Rep. Susie Lee, a Nevada Democrat who proposed the role. “Leadership positions end up getting filled by people who are in safe seats because they have the time and the resources to be able to campaign and run for those positions. I think it’s important to have the voice of your most vulnerable members at the leadership table.”

Frontline Democrats outperformed expectations in the midterms against Republicans who spent millions to flip dozens of vulnerable blue seats.

Democrats in purple districts, many of whom represent non-coastal seats and more rural areas, have also pushed back against their liberal colleagues in the past on messaging and proposals such as the defund-the-police movement and the environmental overhaul of the economy known as Green New Deal.

Currently, Rep. Abigail Spanberger of Virginia and Rep. Matt Cartwright of Pennsylvania are vying for the new leadership spot.

Mr. Cartwright is touting his victories in a district won twice by former President Donald Trump. He is one of three members in his caucus who are in that position, though the other two — Rep. Cheri Bustos of Illinois and Rep. Ron Kind of Wisconsin — are retiring.

Among Democrats who won elections in a district Mr. Trump won in 2020, Mr. Cartwright is one of five members.

“I’m the only one who won four elections in a row in a Trump district, ‘16, ‘18, ‘20 and ‘22,” Mr. Cartwright told The Times. “There are few who can claim to be in more difficult districts than mine and bringing that perspective to the leadership table, I think, is important.”

Still, Mrs. Spanberger is the favorite for the position, having the support of Ms. Lee and seven others who endorsed her: Reps. Elissa Slotkin of Michigan, Mikie Sherrill of New Jersey, Kim Schrier of Washington, Jared Golden of Maine, Jennifer Wexton of Virginia, Annie Kuster of New Hampshire, and Josh Gottheimer of New Jersey.

Mrs. Spanberger was among the House’s most vulnerable Democratic incumbents this year but managed to defeat a fierce challenge by Republican Yesli Vega.

She said her experience garnering votes in swing districts holds valuable lessons for her colleagues from safe districts.

In a letter circulated to House Democrats, Mrs. Spanberger’s allies touted her willingness to challenge the caucus’s leaders and her ability to work across the aisle.

“Abigail has repeatedly shown she is willing to work with anyone — from the most progressive members of our caucus to members of the Freedom Caucus — to deliver good policy for our communities,” the letter said.

Mrs. Spanberger was among the first in the party to push back against far-left calls to defund the police, which was blamed for fueling House Democrats’ losses in 2020. She is also one of the few House Democrats to introduce bills to increase police funding.

The congresswoman has also broken with House Speaker Nancy Pelosi when it comes to advocating for a ban on congressional stock trading. She most recently worked on legislation to implement such a ban with Rep. Chip Roy, Texas Republican.