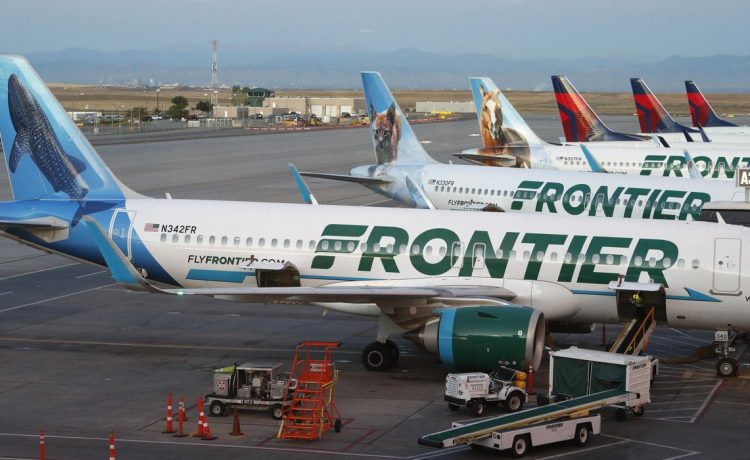 A Frontier Airlines flight from Cincinnati to Tampa had to land early in Atlanta on Friday due to an alleged threat to a passenger from a fellow traveler, a man with a box cutter.

The plane was diverted to Atlanta at around 9:30 p.m. Friday “after a disturbance involving a disruptive passenger in possession of a box cutter was declared,” the Transportation Security Administration said in a Twitter thread.

The passenger in the window seat next to the box cutter-wielding man told a third passenger Ben Mutz that the man “flashed a box knife at [them] and said, ‘I want to kill or I want to stab people,’” according to ABC News.

Another passenger, formerly with law enforcement, eventually calmed the box cutter-wielding man down, and the aircraft was able to land and deplane in Atlanta, according to ABC News.

After the unnamed man was taken into custody by authorities, a second box cutter was found in his luggage.

The TSA is now investigating how the two box cutters were allowed into the cabin; the implements are allowed in checked luggage, but not in carry-ons due to post-911 regulations.

“The situation with the Frontier flight is under investigation with the US Attorney’s Office [for the Northern District of Georgia], as they are the lead federal agency in this matter … TSA has started an internal review of the incident by viewing CCTV, airport security checkpoint processes/operations and will continue to provide updates as they are available,” the TSA continued in the Twitter thread.

The remaining passengers were given overnight accommodations in Atlanta and flew out of the city’s airport to Tampa at around 9:35 a.m. Saturday, according to the Journal-Constitution.