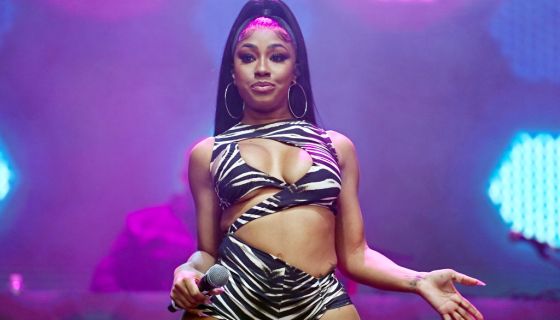 G Herbo is asking the question we’ve all been dying to know during his appearance on the latest episode of Caresha Please. 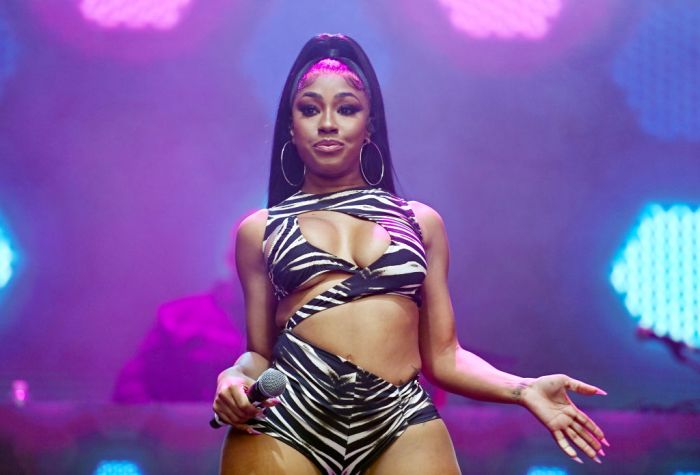 On Wednesday, Yung Miami shared a 45-second teaser trailer of an upcoming Caresha Please episode, which features G Herbo as her guest. In the episode, which premieres tonight, the City Girls rapper didn’t waste any time getting down to the nitty gritty, confronting him about cheating rumors from 2019.

“Did your two baby mamas get it on?” she asked in the clip. “Did you cheat on Ari [Fletcher] with Taina [Williams]? Were y’all steady f***ing? Why was you there? Did you ever smoke an opp?”

You can’t blame G Herbo for awkwardly laughing off that intense line of questioning, but of course, we don’t see any of his answers in the clip. But, we do get to see how G Herbo responds to being interrogated, flipping the interview around on Caresha.

“Did you know about that baby before October?” He asked the host, which caused Yung Miami to take a turn as the one uncomfortably giggling.

“Getting a little messy, man. Clean it up. Clean up on aisle Caresha!” G Herbo added.

Of course, Herbo is referring to a reveal made by Diddy on December 10, when he tweeted: “I’m so blessed to welcome my baby girl Love Sean Combs to the world. Mama Combs, Quincy, Justin, Christian, Chance, D’Lila, Jessie and myself all love you so much! God is the Greatest!”

Two days later, reports from TMZ revealed that the baby was born on October 15, and Diddy shares the child with a 28-year-old woman named Dana Tran.

While Yung Miami never revealed whether or not she knew about the baby prior to this announcement, she did take to Twitter to fire back at everyone calling her a side chick.

Diddy went on to stress those same sentiments, defending Miami and her role in his life, despite the circumstances.

“@yungmiami305 is not my side chick. Never has been, never will be,” he wrote. “She’s very important and special to me, and I don’t play about my Shawty Wop. I don’t discuss things on the internet and I will not start today.”

He continued, “So think what you want. But know that if you do something to hurt mine, I’m gonna to come to your house and we’re gonna talk about it like human beings. LOVE.”

Let’s see what else we find out about their confusing relationship on the new episode of Caresha Please tonight, December 22, at 8 p.m. EST on Revolt TV.