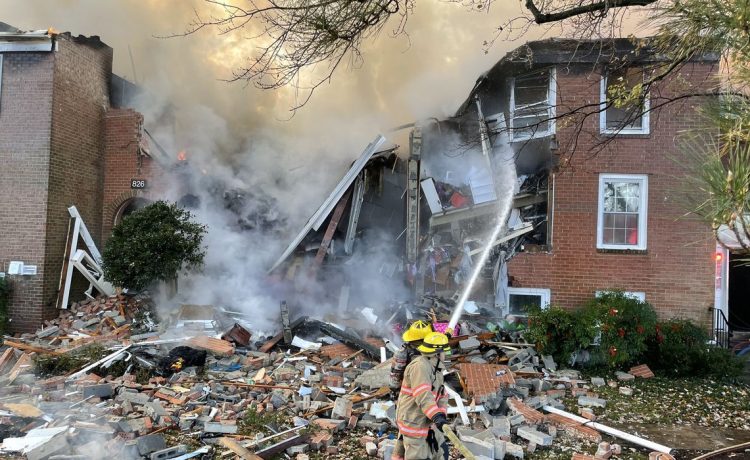 The Wednesday morning explosion that rocked a condo building in Gaithersburg was caused by a man’s suicide, Montgomery County Police investigators announced Friday.

The suicidal suspect, whose body was found at the scene on Thursday, was 36-year-old Juan Quizon, Montgomery County Police Chief Marcus Jones said at a news conference Friday.

“The manner of death ruling in this case is suicide; the cause of death is smoke inhalation and thermal injuries, which means burns,” Chief Jones said.

Witnesses have corroborated the investigators’ theory of suicide on the part of Quizon.

“We’ve spoken to several individuals who are close to Mr. Quizon, and we know for a fact that he made statements that were indicative of intentions of suicide,” Chief Jones explained.

Quizon’s relatives had reported him missing Wednesday, unaware that he had purchased a unit in the Potomac Oaks condo complex in August.

The case is still subject to a criminal investigation, given that 14 people were injured, including 10 who were hospitalized and subsequently discharged. Forty-seven people total have been displaced as a result of the explosion, according to WJLA.

“We have no information to believe that Mr. Quizon intended for other individuals to be injured or harmed in this particular incident … It is a criminal investigation for the fact that if Mr. Quizon was still with us, he would have been criminally culpable in this case,” Chief Jones elaborated.

The exact cause of the explosion has not yet been determined.

Dogs used by the investigators found traces of flammable accelerant on pieces of rubble, but the particular chemical used is not yet known. The gas meter has also been pulled for further investigation, Montgomery County Fire and Rescue Chief Scott Goldstein explained at the news conference.