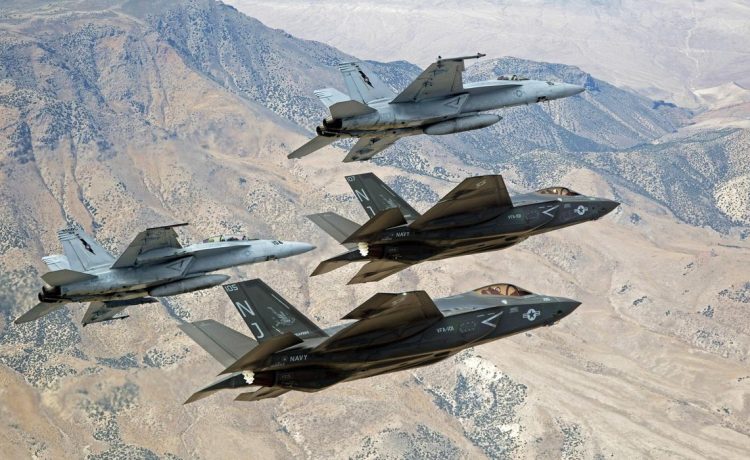 Pentagon and independent government analysts agree that Navy and Air Force attack aircraft purchased in the 1970s and ‘80s have outlived their planned service lives.

The Defense Department wants to spend nearly $100 billion over the next five years to buy and develop aircraft, modernize the existing fleet and retire a “significant number” of tactical planes they believe are no longer suitable.

Included in the budget is $14.2 billion the Defense Department plans to spend on the F-35C over the next five years, according to a report released this week by the Government Accountability Office, the congressional watchdog agency.

“Seven of eight studies found that existing aircraft did not have the capabilities needed to compete in future combat scenarios and some noted the need to invest in advanced technologies to address future needs,” the GAO report states.

The congressional analysts said the services are proposing to send a large number of tactical aircraft to the scrap heap.

The National Defense Authorization Act is allowing the Air Force to retire part of its fleet of A-10 Warthogs, a venerable attack aircraft that flew numerous close-air support missions in Iraq and Afghanistan over the past 20 years. The Air Force says the Warthogs would be vulnerable against an adversary like Russia or China with modern air defense systems.

But retiring fighter jets before their replacements are in the fleet would reduce the military’s overall tactical aircraft capacity, the GAO analysts warned.

“As the [Defense Department] seeks to modernize its tactical aircraft fleet, it must balance sustaining older aircraft currently in operation with developing and procuring more advanced capabilities to support the future force,” the GAO report states.

The analysts said the Defense Department should analyze its tactical aircraft investment portfolio — including possible tradeoffs among the different planes — then report on its findings to Congress.

“Without an analysis of the tactical aircraft platform portfolio and a requirement to report underlying information externally, [the Defense Department] and Congress will continue to have limited information when making major investment decisions,” the GAO report states.