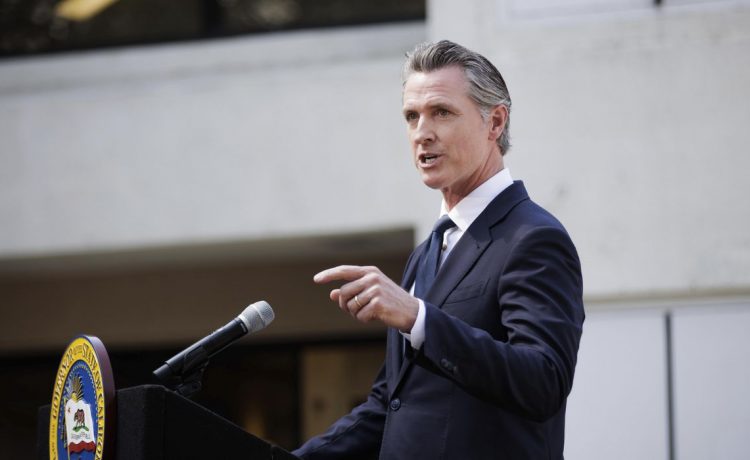 Gov. Gavin Newsom’s inclusion of a Bible verse on two billboards in conservative-led states advertising California as an abortion sanctuary is drawing sharp denunciations from religious leaders on the right.

The Democratic governor, expected to easily win another term in November, announced this month that he would use his re-election campaign funds to buy billboard space in seven states that have tightened restrictions on abortion since the Supreme Court overturned the Roe v. Wade decision ensuring a national right to abortion: Indiana, Mississippi, Ohio, Oklahoma, South Carolina, South Dakota and Texas.

Mr. Newsom’s billboards in Mississippi and Oklahoma quote the New Testament verse Mark 12:31, with the message: “Need An Abortion? California is ready to help.”

The use of the Bible verse, which in the New International Version reads, “Love your neighbor as yourself. There is no greater commandment than these,” has drawn the most fire.

Mr. Newsom’s ad campaign is “demonic,” wrote Bill Donohue, president of the Catholic League in an email this week.

Christopher Check, president of the apologetics website Catholic Answers, called Mr. Newsom’s project a “deadly blasphemy” for “co-opting Sacred Scripture in the service of abortion.” Mr. Check said he hopes Bishop Jaime Soto of the Sacramento diocese “is imploring Newsom in private, and wrestling in prayer with the devil for the soul of this man.”

Anti-abortion advocacy group Live Action tweeted that the billboard with the Bible verse was “shameful.”

The Catholic League, a New York-based lay group, blasted the advertisements for not being just “in bad taste — it is demonic. To advertise in other states for women to come to California to have their children killed — in the name of God — is demonic.”

Mr. MacArthur, pastor-teacher of Grace Community Church in Sun Valley, called on Mr. Newsom to prepare for an eventual meeting with his maker in his letter to the governor.

“In mid-September, you revealed to the entire nation how thoroughly rebellious against God you are when you sponsored billboards across America promoting the slaughter of children,” Mr. MacArthur wrote.

Mr. MacArthur, who previously clashed with state and county officials over COVID—related church closing mandates, told the governor “your own soul lies in grave, eternal peril.”

Nathan Click, a publicist who Mr. Newsom’s office said was the re-election campaign’s spokesperson, did not respond to a request for comment.

Politico, however, quoted a Newsom statement defending the ads when the campaign launched: “The idea that these Republican politicians are seeking to ‘protect life’ is a total farce. They are seeking to restrict and control their constituents and take away their freedom.”

Mr. Newsom’s South Dakota billboard, which did not quote the Bible, drew a fiery response from Gov. Kristi Noem, a Republican.

“Now that you’ve run your billboards in SD, why don’t you get to work cleaning up the human feces on the streets of your cities and turning the lights back on?,” she wrote on Twitter.