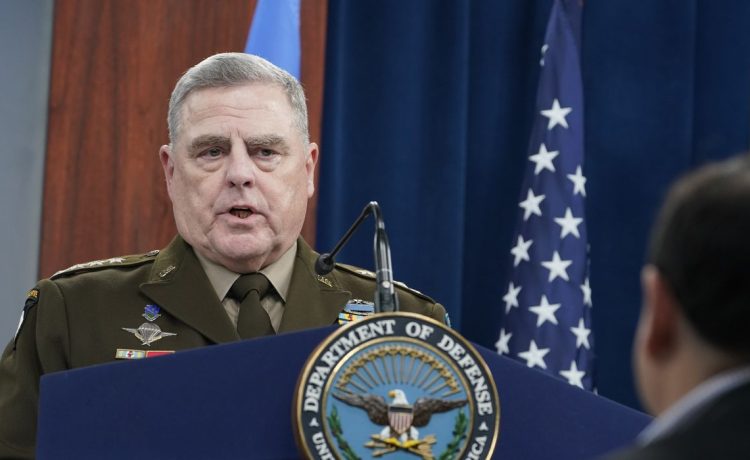 The Pentagon’s top general says China should carefully consider how poorly Russia is faring in its 10-month-long invasion of Ukraine before it contemplates an amphibious assault on Taiwan.

Following Wednesday’s virtual meeting of defense ministers supporting Ukraine, Army Gen. Mark A. Milley, chairman of the Joint Chiefs, said the Kremlin’s faltering attempts to conquer Kyiv are offering compelling lessons for all sides, including an increasingly bellicose China that has made no secret of its ambitions to bring Taiwan into its sphere of influence.

“War on paper is a whole lot different than real war,” Gen. Milley told reporters at the Pentagon. “When blood is spilled and people die and real tanks are being blown up, things are a little bit different.”

Gen. Milley said he’s never met Chinese President Xi Jinping but called him a “rational actor” who evaluates options on a cost-benefit basis. He would likely conclude that a cross-straits invasion of Taiwan would interfere with Beijing’s goal of becoming the world’s economic powerhouse, the general said.

Gen. Milley pointed out that China hasn’t faced an enemy on the battlefield since the Sino-Vietnamese War of 1979. Beijing would be playing a “very dangerous game” if it attempts a crossing of the Taiwan Strait, he said.

While an amphibious assault might be beyond China’s military abilities, Beijing is capable of dropping bombs and launching missiles at Taiwan, Gen. Milley said.