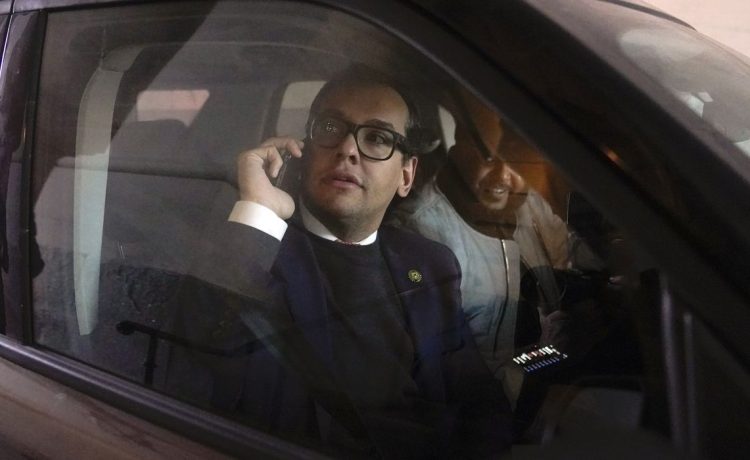 Rep. George Santos denied stealing money from a charity meant to raise money for a disabled veteran’s service dog, after the accusation came to light this week.

Mr. Santos told the news site Semafor he had no knowledge of such a charity, calling it “fake” and that he had “no clue” who his accuser, Richard Osthoff, is.

Mr. Osthoff, a U.S. Navy veteran, told Patch.com that he came across an animal charity called Friends of Pets United, seeking money for his dog Sapphire’s $3,000 surgery after she developed a life-threatening stomach tumor.

“To everyone who helped me and Sapphire raise the money for her surgery, I’m sorry to say we were scammed by Anthony Devolder … and Friends of Pets United FOPU through a series of bad veterinary contacts and subterfuge regarding payment,” Mr. Osthoff wrote in a 2016 Facebook post.

He added that Sapphire’s tumor grew three to four times larger than when the campaign was fulfilled, and she faced euthanasia within months.

Anthony Devolder was one of the names Mr. Santos allegedly used for years before entering politics.

The New York Republican is currently embattled in reports he lied about his personal and professional history. He is under several criminal investigations.

Mr. Osthoff and another New Jersey veteran named Michael Boll alleged Mr. Santos closed the GoFundMe set up for Sapphire once it raised $3,000 on social media, which suddenly disappeared.

Mr. Santos had reportedly told Mr. Osthoff that he had consulted an affiliated veterinarian with the charity who had told him that the dog’s disease was untreatable, and the money would instead go to his charity.

Mr. Santos then apparently stopped responding after Mr. Osthoff pushed him to seek out other clinics.

Text exchanges between Mr. Osthoff and Mr. Devolder corroborate the charity’s refusal to take the funds to other clinics.

The full details of the charity are unknown, but a Facebook page was created in 2015. Last December, The New York Times reported that FOPU was not a registered nonprofit.