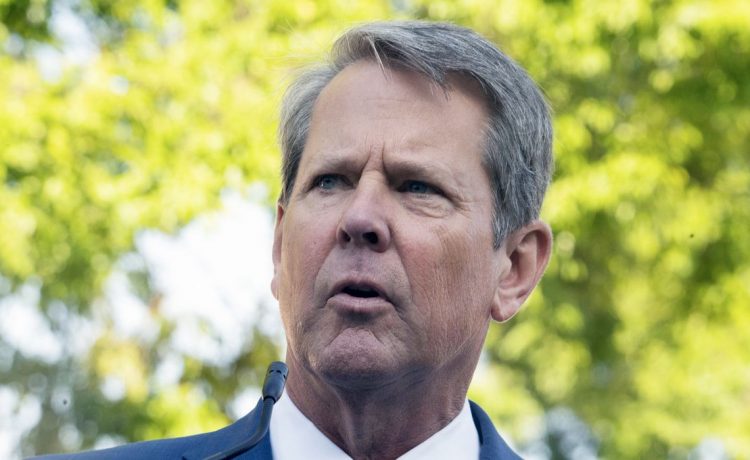 Georgia Gov. Brian Kemp railed Sunday against a push for the Atlanta Braves to change their name and ditch their tomahawk chop and battle cry in response to accusations they’re offensive to American Indians.

“This is just the woke cancel culture, and really national values, that are trying to be pushed down to our states and other states around the country, which is why we’ve got to stand up and fight for what our values are in the state of Georgia,” Mr. Kemp said on “Fox News Sunday.”

The Republican is running for reelection against Democrat Stacey Abrams.

The White House became immersed in the debate when it hosted the Major League Baseball World Series champions last week. White House press secretary Karine Jean-Pierre urged the Braves to “have this conversation,” saying “Native American and indigenous voices, they should be at the center of this conversation.”

“That is something that the president believes, that is something this administration believes, and he has consistently emphasized that all people deserve to be treated with dignity and respect,” Ms. Jean-Pierre told reporters during a briefing. “You hear that often from this president. The same is true here. And we should listen to Native American and indigenous people who are the most impacted by this.”

The conversation comes as sports teams across the country have faced criticism for American Indian names and mascots.

Mr. Kemp condemned the White House for making such comments on the same day it was hosting the team to celebrate its success.

“That was absolutely ridiculous for the White House to do that when they were honoring the Braves’ world series,” he said. “The Braves respect and honor Native Americans.”