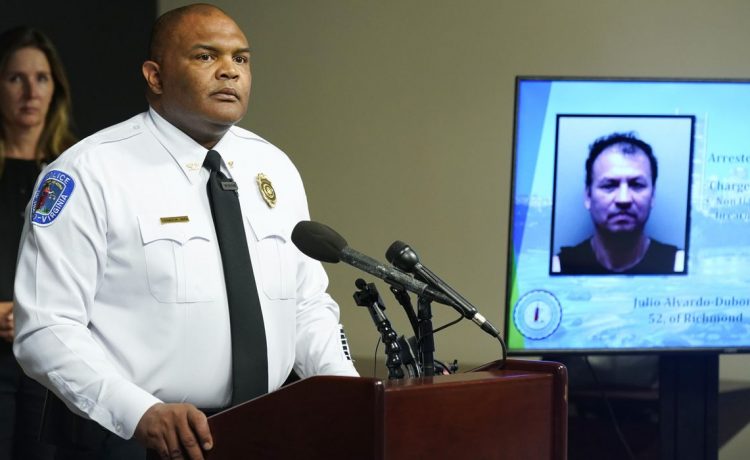 RICHMOND, Va. — The police chief in Virginia’s capital city resigned Tuesday after months of scrutiny for comments he made about an alleged shooting plot.

Gerald Smith resigned Tuesday afternoon and will be on administrative leave through Dec. 31, according to a statement released by a spokeswoman for the city of Richmond. Smith, who served as chief for two and a half years, said at a July 6 news conference that two men had planned a shooting at a Fourth of July fireworks show at the Dogwood Dell Amphitheater.

The Richmond Times-Dispatch later reported that records obtained through the Virginia Freedom of Information Act showed that Smith was informed in writing before his news conference that the location of any potential incident was not known. Neither person who was charged in the case is accused of planning a mass shooting.

Smith’s July 6 news conference came two days after seven people were killed in an Independence Day parade shooting in Illinois. Smith said a “hero citizen” had contacted police after overhearing a conversation indicating that an attack was being planned on an Independence Day celebration in Richmond.