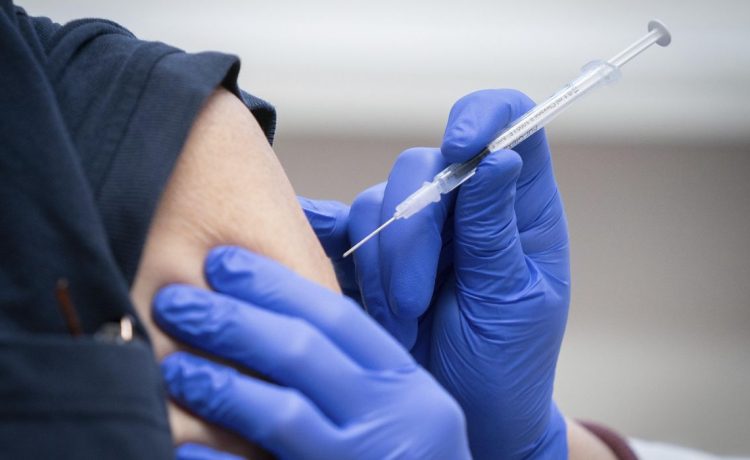 A German nurse received no jail time for injecting thousands of seniors last year with a saltwater solution rather than the COVID-19 vaccine.

Red Cross nurse Antje T., 39, was given six months of probation Wednesday after being found guilty in a German court of six counts of intentional assault, according to the Mirror in the UK.

The nurse jabbed 8,600 people who were mainly hospital employees, educators and doctors over the age of 70 between March and April 2021.

The woman, whose license as a nurse has been revoked, has not been publicly identified by German authorities and her face was blurred in images from the courtroom.

Police who testified said that the nurse was able to covertly replace the COVID vaccines because she was preparing the syringes during her shift, per the Daily Mail.

She wasn’t caught until late April of last year when another employee saw her swap the COVID vaccines for the saltwater solution and inject it into six patients.

The nurse told police that she only used the saltwater solution because she accidentally broke six vials and was ashamed to tell her coworkers about it.

Antibody tests on a number of other coworkers confirmed that they hadn’t received the COVID vaccine, per the Mail, however there was only enough evidence to convict the nurse for changing out six syringes.

“The accused had shared various conspiracy theories on the Internet and on social media,” the court spokesperson said, per the Mail. “However, the chamber could not determine with the necessary certainty that this set of ideas was the motive for her actions and that she then acted to sabotage a vaccination campaign.”