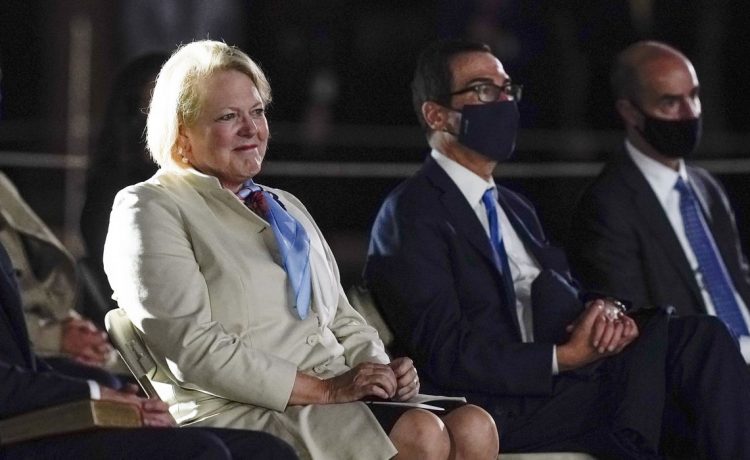 The emails show that in addition to urging Arizona lawmakers to disregard the state’s popular vote and to “choose” their own electors days after the 2020 election, as has been previously reported, Ms. Thomas sent similar emails to two Republican lawmakers in Wisconsin, another key battleground state.

“Please reflect on the awesome authority granted to you by our Constitution. And then please take action to ensure that a clean slate of Electors is chosen for our state.” the emails continued.

The emails were obtained and first reported by The Washington Post.

Neither Mrs. Thomas nor her lawyer responded to the Post’s request for comment.

The emails were sent on Nov. 9, 2021, just days after most media outlets had called the election in Mr. Biden’s favor.

Mrs. Thomas’ activism in the wake of the 2020 election has come under scrutiny by the House Select Committee investigating the attack on the Capitol.

Mrs. Thomas attended the rally at the Ellipse that preceded the Capitol riot on Jan. 6, 2021. She told the Washington Free Beacon in March that she left early.

In June, Committee Chairman Bennie G. Thompson, Mississippi Democrat, said the committee had concluded that “it’s time that we, at some point, invite her to come talk to the committee.” He cited  emails linked to Trump lawyer John Eastman, obtained by the panel, that he said contain “some information that refers to Ginni Thomas.”

Mr. Eastman, the conservative lawyer behind President Trump’s calls for Vice President Mike Pence to delay or reject the 2020 presidential electoral vote count, was a central figure in the committee’s public hearing Thursday which focused on Mr. Trump’s pressure campaign to overturn the election.

After initially signaling that she was open to speaking with the committee, Mrs. Thomas later cooled to the idea.

In a letter to the committee, Mrs. Thomas’ lawyer, Mark Paoletta, downplayed the significance of her communications with Mr. Eastman.

“Not a single document shows any coordination between Mrs. Thomas and Mr. Eastman,” Mr. Paoletta wrote.

“Based on my understanding of the facts the committee has in its possession, I do not believe there is currently a sufficient basis to speak with Mrs. Thomas,” he wrote.