Glenn Youngkin proposes $500K for Commanders to hunker down in Virginia 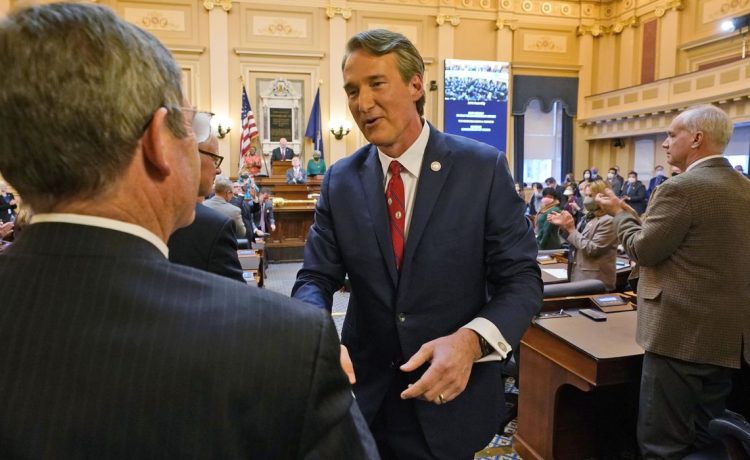 Mr. Youngkin’s proposed budget amendments include $500,000 to explore that option once the state’s fiscal 2024 starts in July. The earmarked money was first reported by the Richmond Times-Dispatch.

The funds would ask Virginia’s finance secretary to “develop relevant capabilities, conduct planning and evaluate potential economic incentives related to the relocation of the Washington Commanders to the Commonwealth of Virginia,” according to news outlet The Center Square.

The money also calls for the establishment of a stadium authority and “shall be developed in the best interest of Virginia taxpayers.”

Both the House of Delegates and state Senate need to approve the amendment during the General Assembly session next month.

This past spring was full of buzz around the commonwealth being the next home of D.C.’s football team.

The Commanders purchased 200 acres of land in Prince William County that was seen as a potential stadium site.

But state lawmakers had questions about the rebranded team’s marketability, according to NBC Sports. Once defensive coordinator Jack Del Rio referred to the Capitol riot as a “dustup,” legislators soured on the idea.

The governor, however, never wavered in his interest.

“I have always said that Virginia should be the best place to live, work and raise a family — and oh by the way, we should have a professional sports team,” Mr. Youngkin, a Republican, told WTOP news radio.

The Commanders are set to play at FedEx Field in Landover, Maryland, through the 2027 season.