GloRilla Gets Dragged For Offering To Pay Assistant $550/Week 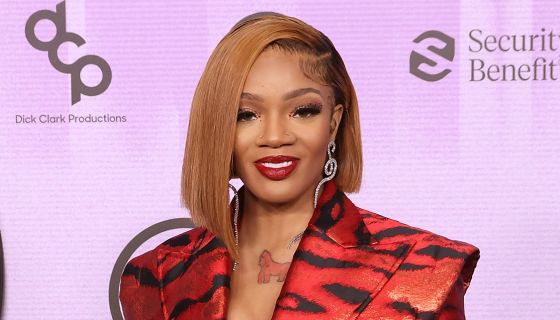 Me when that $550 hit my bank account while I’m out grabbing Glorilla’s Newports pic.twitter.com/AaGCot5w4r

Grammy-nominated newbie GloRilla is catching heat for offering $550/week for a potential assistant who would basically be doing several jobs in one for an unlivable wage in most cities.

In a now viral video, the emerging star laid out a lengthy list of duties including running various errands, managing wardrobe, and booking travel that immediately stirred up backlash across social media.

This isn’t a personal assistant job, it’s the COO of GloRilla Inc, and it requires being on call almost 24/7…

It didn’t take long for the ‘Tomorrow 2’ rapper to address the backlash that she shrugged off while explaining that the job isn’t as stressful as it sounds.

“Let me tell you mutha*****s something, talking about $550 is too little. B***h, it really need to be $500 — nah, I’m just playing,” she said in a livestream. “First of all, your flights get paid for, your flights and your travel. If you want a higher pay, then pay for your own flights and your own travel and see how much them 500-dollar-a** flight tickets be … I take flights every day.”

GloRilla speaks out after receiving backlash from her ad for a personal assistant job paying $550/week 👀 pic.twitter.com/uVGHreZldf

“Half the sh** on that list you don’t gotta do for real. It’s just, if it comes down to it you might have to do it,” she continued. “But it’s literally the easiest s*** in the world. You really don’t gotta do s*** but be with me every day.”

This comes just days after Summer Walker offered $2,000 a MONTH (in this economy) for a ‘preferably white or gay’ male assistant who knows how to “build stuff.”

The very pregnant singer posted the questionable job offer on her @glctawhre account where she often shares the first thoughts that pop in her head.

‘need male assistance, 2k month age 25 & older atl have to have a car have to know how to build stuff (preferably white or gay) just sayin *shrug emoji* (& doesn’t gaf about who I am or my music just need you to come work *smiley*),’ she posted on the page that immediately went viral.

If ur paying me this don’t get mad when ur baby’s crib collapses https://t.co/mD0U76nfwP

Hours later, Walker responded with a condescending video aimed at critics of her job offer.

Summer Walker speaks on her assistant opportunity only being 2K a month and preferably wanting a white homosexual male pic.twitter.com/SyW9RgDc3z

Oh, but she was far from done.

“I am on maternity leave, I’m not working. We have no shows, we have no club appearances, we have nowhere to go and nothing to do,” she continued. “I told somebody to come over here once a week to come take my f**king trash out, sh*t like that. Put some gas in my car, sh** I don’t feel like doing. But that is not y’all business, I don’t have to explain that to you.”

To read the rest of Summer’s clapback at critics of her pa, click here, then come back and share your thoughts on GloRilla’s questionable job offer?

Would you work for a celebrity for $550/week? Tell us down below and peep the Twitter hysteria over Big Glo’s job offer on the flip.