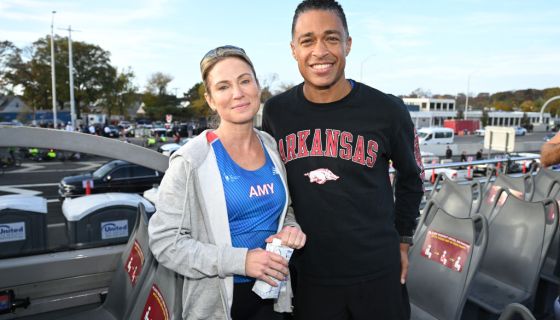 T.J. Holmes posted and deleted a cryptic message about ending relationships shortly before his affair with his Good Morning America costar Amy Robach made headlines. 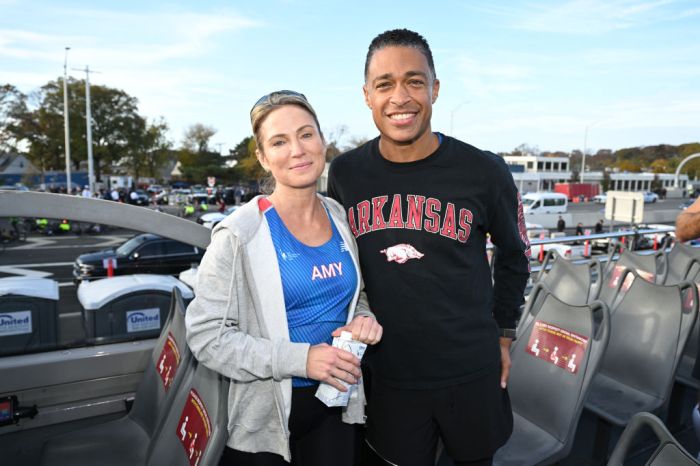 The 45-year-old GMA host reportedly took to Instagram earlier this week to uploaded a photo from his dressing room that read: “End the relationship and cry once. It’s better than being with them and crying daily.”

In his caption, Holmes said it was the “quote of the week.”

T.J. has since deleted both his Instagram and Twitter accounts after he was photographed getting handsy with his fellow Good Morning America host, 49-year-old Robach. The coworkers–who are both married to other people–were seen getting drinks together at a New York City bar in pictures published by the Daily Mail on Wednesday, November 30.

According to the publication, the photos–which include the pair holding hands and Holmes touching Robach’s butt as she reaches into the trunk of a car–were taken across several outings throughout the month of November.

Since these pictures were released, the pair have not publicly commented on the status of their relationship, though Robach also deleted her Instagram account.

Before photos of their affair were published, the GMA anchors frequently gave fans glimpses of their friendship on social media. Holmes and Robach trained together for the New York City half marathon earlier this year and attended the Daytime Emmys side-by-side in June. Robach previously talked about going on double dates with Holmes and his wife to demonstrate just how close both families were.

Following these headlines, social media has gone absolutely wild, uncovering old posts from Holmes that only make matters worse. In 2020, he posted a message to his wife on their 10 year wedding anniversary, insisting he gave Marilee Fiebig “plenty of reasons, excuses, and opportunities” to leave their marriage.

“10 years ago, Marilee Fiebig married me,” Holmes wrote in his caption. “And despite my best efforts, she remained married to me the past 10 years. That’s not hyperbole. I’m not being dramatic. I gave her plenty of reasons, excuses, and opportunities to walk her fine a** out the dooooooor.”

He continued, “But instead, with her built-in black woman superpower, she showed grace and patience that’s incomprehensible. Asking her for another 10 years would be to much.”

To make matters worse, T.J. was a vocal critic of Will Smith following his now-infamous Oscars slap, insisting the actor’s outburst stained the entire evening and the fact that it was done by an all-Black producing team.

“Robin, this was awful. It was ugly, it was embarrassing, it was confusing,” he told co-host Robin Roberts the morning after. “On a night where this entire production, the entire Oscar show was done for the first time by an all-Black producing team, here we are leading off the show and the story of the morning is about one man assaulting another on the Oscar stage.”

Now, instead of standing up for his wife, T.J.’s been caught having a whole affair with the woman he supposedly brought on double dates with her. Yikes.