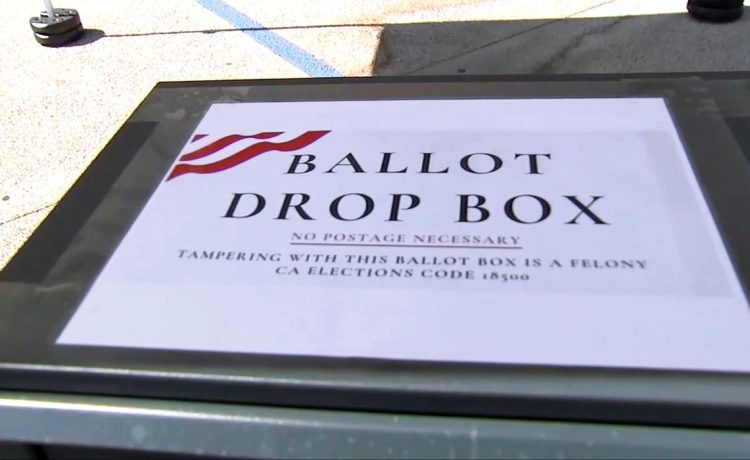 Republican candidates and conservative activists are embracing the long-shunned election strategy of ballot harvesting after the party again got beat by Democrats who use that game plan.

This year, however, it became clearer that Republicans won in places where they competed with Democrats’ ballot-harvesting operations.

Ballot harvesting —  when a third party collects completed ballots from voters and then delivers them in bulk to the election officials — was long opposed by Republicans, who said it was ripe for fraud.

California Republican Reps. Mike Garcia and Michelle Steele said they couldn’t afford to stay on the sidelines while Democrats reaped the benefits of the practice.

Mr. Garcia and Ms. Steele this year won reelection with the help of successful ballot harvesting initiatives by their campaigns.

Mr. Garcia said that ballot harvesting is the final piece of an ongoing strategy of voter contact.

“It’s not necessarily about harvesting, it’s about getting the vote,” he told The Washington Times.

He treats his campaigns as a long-term courtship, he said, deploying volunteers in the communities for two years before the election, intensifying the door-knocking as early voting and Election Day draw near.

“So we rely on several institutions, some of the churches have helped us in that regard. We have multiple drop boxes, obviously, throughout the county that serve as very effective ways to have people drop off their ballot in a very convenient way,” he said.

According to the National Conference of State Legislatures, among the 31 states where a voter authorizes another person to cast a ballot on their behalf, nine states restrict the number of ballots an authorized individual can return, and four cap the period of time those ballots can remain in the authorized person’s possession before being returned.

These prohibitions were established out of concern that providing people the convenience of returning their ballot could evolve into pressuring them to vote a particular way.

GOP activists celebrated the advances the party is making with ballot harvesting, even if the results of the midterm election were disappointing for the party in some respects, such as failing to win control of the Senate.

“The House of Representatives is GOP-controlled thanks to how we performed in states with the most liberal ballot harvesting and vote-by-mail laws — New York, Oregon, California. We can master this system. Democrats are praying that we refuse to try,” Turning Point USA’s Charlie Kirk wrote on Twitter.

“I miss politics where the better arguments and the hardest working candidates won elected office,” he said. “Now it’s a matter of which political machine can capture the most ballots in a 30-day window. So be it, we will now have to beat the left at the game.”

Mr. Kirk is not alone in his thinking. The Federalist’s CEO and co-founder Sean M. Davis said in a tweet that those Republicans blaming midterm results on “candidate quality” and former President Donald Trump are just putting up a “smokescreen for the GOP getting its bell rung on ballot harvesting and the base mechanics of electioneering.”

He added, “The *one thing* that’s the actual job of the party establishment is the one thing it refused to do.”

Harmeet K. Dhillon, chairwoman of the Republican National Lawyers Association, responded to Mr. Davis, saying, “The party establishment is fine doing this. The base doesn’t like it. We do ballot harvesting in CAGOP and get attacked by ‘election integrity’ groups. You can dislike the law and work to change it, but it’s silly to leave votes on the table.”

A Republican National Committee spokesman said it is sticking to its policy of opposing ballot harvesting but left some wiggle room for its candidates.

“Republicans also know we must play by the rules set out by each state and will leave no stone unturned to win as many races as possible up and down the ballot,” the RNC said in a statement to The Times.

The RNC won in the July 2021 U.S. Supreme Court case Brnovich v. DNC to uphold a ban on ballot harvesting in Arizona. The RNC also partnered with the California Republican Party in efforts to drive up voter turnout via different ballot collection methods.

American Conservative Union Chairman Matt Schlapp said that part of the problem with a term like “ballot harvesting” is that it is not clearly defined.

“Ballot harvesting is a completely corrupt process that Republicans should reject. That being said, as we know, it’s been made legal,” Mr. Schlapp said. “In some ways, you can say it’s always been legal because you always had people who were handicapped or people who were older, who needed assistance.

“The law never meant to say that you can’t vote if you have difficulties and, of course, as the left does with everything, they run a Mack truck through any kind of little exception,” he said.

Mr. Schlapp encouraged Republicans to engage in ballot harvesting where the practice is legal if that is the only way to defeat Democrats.