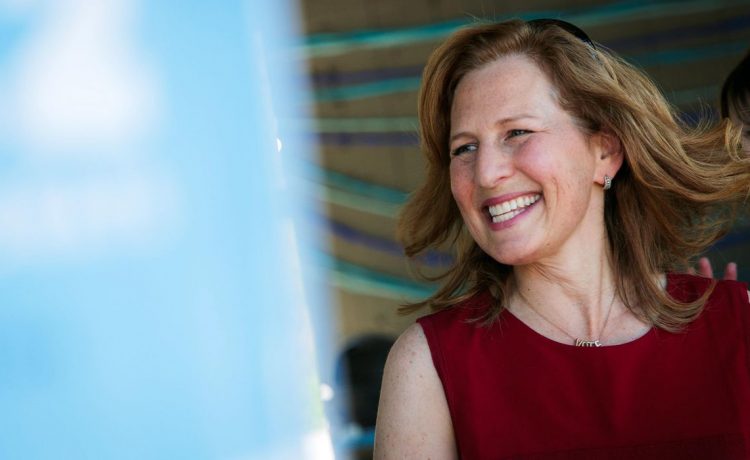 SEATTLE — The Republican mayor of Wenatchee, a small city in central Washington’s orchard country, didn’t support Democrat Kim Schrier when she was first elected to Congress in 2018. Since then, though, he’s been impressed.

Schrier helped Wenatchee score major federal money for a new bridge. When the city was initially left out of additional transportation spending by Democrats in the state Legislature, Schrier stepped in again, helping secure tens of millions more. She also helped land money for body cameras for the police department.

And now as the GOP targets Schrier’s seat in hopes of retaking the House, Mayor Frank Kuntz has given the incumbent a full-throated endorsement, appearing in a campaign ad for her, and undercutting challenger Matt Larkin’s efforts to paint her as an extreme liberal.

“This is a results business, and she delivered the results,” Kuntz said in an interview.

Larkin, 41, is a lawyer and former Washington attorney general candidate who works for his family’s company, Romac Industries, which makes parts for water pipes. He topped several other Republicans, including King County Council Member Reagan Dunn, whose mother once held the seat, for the chance to try to stop Schrier from winning a third term.

Unlike some Republican candidates, Larkin acknowledges President Joe Biden was legitimately elected, though he also notes that many people disagree and are frustrated about it. He says both parties need to do a better job “giving a voice to these people who feel very disenfranchised.” Former President Donald Trump continues to lie about the election results.

Larkin has hammered Schrier on inflation, gas prices and crime, saying Democrats’ policies have aggravated all three. As a conservative business owner, he says, he’s better suited to handling the economy. Lowering taxes and ensuring energy independence would be priorities.

His campaign slogan, “Make crime illegal again,” is a play on Trump’s and earned him appearances on conservative cable shows. His focus on crime has also won him the support of four of the five elected sheriffs from counties that fall in the 8th District.

“My family has deep roots here – we homesteaded here over 165 years ago – and I’m passionate about this place,” he said. “I started to see it decline and I thought, if I’m not going to try to fix it, who is? We’ve got a bunch of real problems we’re trying to address and now inflation is choking people out on top of it all.”

He says that Schrier’s voting record, perfectly aligned with House Speaker Nancy Pelosi’s, is far out of touch with the district she represents.

“You can pretend all you want – pretend to be a moderate, pretend to be pragmatic,” Larkin said. “This is a moderate district, and voters did not elect a San Francisco Democrat to represent them.”

As for Schrier’s support from the Republican mayor of Wenatchee? “The reason he’s given is, oh, she brought us a bridge – that’s his price tag,” Larkin said. “That’s fine, but there is not a long list of bipartisan supporters for her.”

Schrier, a pediatrician, is the only Democrat to hold the seat since the district was created in the early 1980s. She won reelection in 2020 against Army veteran Jesse Jensen, who used a playbook similar to the one Larkin has embraced: painting her as a Seattle-style liberal too extreme for the district.

And, as she did against Jensen, Schrier is stressing the results she’s achieved in office. Those include the Wenatchee road money, which will help bring the region’s apples, pears and cherries to market; securing broadband access for 200 homes in rural Entiat; and getting the city of Roslyn, best known as the setting for the TV show “Northern Exposure,” support for projects to reduce the risk of wildfire.

“What these mayors know is that I am meeting, I am listening, I am hearing what their priorities are, and then I am working my tail off to make sure I deliver,” Schrier said.

Schrier is also emphasizing she’s the only pro-choice female doctor in Congress. Given the U.S. Supreme Court’s decision to overturn Roe vs. Wade, eliminating the right to an abortion under federal law, that’s crucial, she says. Since the ruling, total bans or restrictions on abortion have taken effect in more than a dozen states, and Republicans have introduced federal legislation that would ban most abortions after 15 weeks of pregnancy.

In Washington, the right to an abortion is enshrined in state law, but any federal ban or restrictions would trump that. Larkin, a Christian conservative, opposes abortion except when the life of the mother is at risk; he makes no exceptions for rape or incest. He declined to say how he might vote on a federal abortion ban if elected, but he said there is no threat to safe and legal abortion in Washington state.

He accused Schrier of exaggerating the issue to drum up enthusiasm among her supporters, while Schrier called his position dangerous.

“Voters should be scared,” she said. “There was a time people said, ‘Oh, Roe will never be overturned.’ Look what happened! States across the country one by one are taking this decision away from women.”

Schrier, with the power of her incumbency, has raised $8 million for her reelection bid. Larkin has raised about $2 million – $772,000 of it his own money.

Schrier lamented that largely due to partisan gerrymandering, only about 30 of the 435 seats in the House are considered swing districts.

“If more districts were like this one, that could swing either way, we would have a whole lot more incentive to move to the center and truly represent where most people in this country are,” Schrier said.

Because Washington is a vote-by-mail state, with ballots due to be postmarked by Election Day, it often takes days to learn final results in close races.