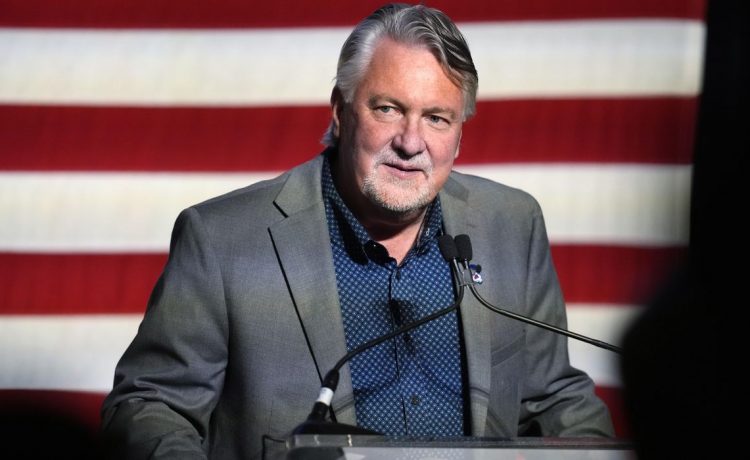 Republican Colorado Senate nominee Joe O’Dea took a swing Sunday at Donald Trump, vowing to “actively campaign” against the former president should he choose to make another run at the White House in 2024.

Mr. O’Dea, a moderate who is running against Democratic Sen. Michael Bennet, has previously stated his dislike of Mr. Trump. But he went a step further in voicing his opposition to nominating the ex-president over other likely Republican candidates.

“I don’t think Donald Trump should run again,” Mr. O’Dea said on CNN’s “State of the Union.” “I’m going to actively campaign against Donald Trump and make sure that we have got four or five really great Republicans.”

All three are potential 2024 contenders, but polling has indicated Mr. Trump would secure the GOP nomination if the primary election were held today.

“They could run and serve for eight years,” Mr. O’Dea said. “I’m going to do my job as a U.S. senator to make sure that they have good campaigns in the primary here, so we have a good selection of candidates for 2024.”

SEE ALSO: Rep. Adam Kinzinger: Trump should comply with Jan. 6 committee subpoena if ‘he has nothing to hide’

Mr. O’Dea faces hurdles in his campaign against Mr. Bennet. The Republican trails the Democrat in the polls, and nonpartisan election forecasters give the edge to Mr. Bennet, rating the seat as “lean Democrat.”

“I have been very vocal that I thought [Mr. Trump] should have done more to keep the violence from heading towards the Capitol,” he said. “Anybody that was violent at the Capitol or tore something apart, they should be held accountable. We have got processes in place that hold people accountable. And we need to move the country forward.”