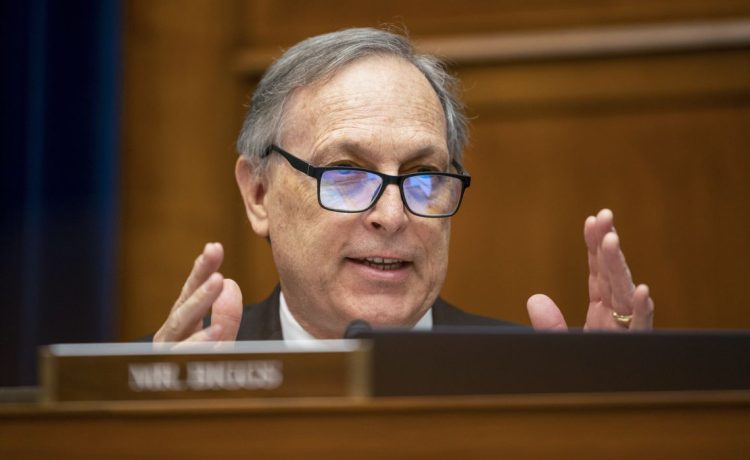 In a letter, shared first with The Washington Times, Rep. Andy Biggs, Arizona Republican, and 13 other GOP lawmakers prodded Attorney General Merrick Garland and Homeland Security Secretary Alejandro Mayorkas to reveal how they decide which illegal immigrants to bring criminal charges against.

With a surge in illegal immigration predicted in the coming weeks, the Republicans said flexing the criminal justice system could be a way to fight back.

“The Biden administration should be enforcing the immigration laws on our books instead of giving a free pass to those unlawfully entering our country,” Mr. Biggs said. “Not enforcing our immigration laws is one of the many reasons that we are experiencing a historic border crisis.”

The Times has reached out to the Justice and Homeland Security departments.

The issue of consequences is about to become more important as the government prepares to end Title 42, the pandemic policy that had allowed authorities to expel illegal immigrants at the border.

For the most part, illegal immigrants are supposed to be handled under the civil immigration system, which means deportation. Many new border crossers can be ousted through what’s known as expedited removal, while others go through a longer process that involves an immigration judge making a ruling.

The Biden administration has allowed record numbers to end up in that long process, effectively giving them a foothold here in the U.S. while they await rulings that take years. Even if they are eventually ordered deported, analysts say the chance that they’ll leave is slim.

An alternative, at least for border jumpers, is prosecution. Entering the country illegally is a misdemeanor.

Yet those cases are rarely brought.

In June, Border Patrol agents recorded more than 192,000 apprehensions. But the administration lodged just 523 illegal entry prosecutions, according to data compiled by the Transactional Records Access Clearinghouse at Syracuse University.

Illegal re-entry — sneaking back in after a previous deportation — is a felony. The administration makes more frequent use of that charge, with 13,147 prosecutions lodged in June, according to TRAC. Not all of those are border cases, however.

Roughly 93,000 border crossers in June were expelled under the pandemic Title 42 policy.

Even assuming all illegal entry and re-entry cases were from new border jumpers, that would leave roughly 85,000 others who weren’t expelled or prosecuted. The majority were likely caught and released.

Mr. Mayorkas has mused about the lack of prosecutions, telling deportation officers last year that he thought the government should be making more such cases against those who were deported and snuck back in.

The administration may be reluctant to tap its criminal powers after the experience of the Trump administration, whose “zero tolerance” policy relied on criminal prosecutions to serve as a deterrent to the record number of parents bringing children in 2019.

But prosecuting parents meant something had to be done with the children — there is no family jail in the federal justice system. In the event, they were separated and turned over to the federal Health and Human Services Department for care.

But HHS, Homeland Security and the Justice Department didn’t have a way to coordinate after the parents’ release, leaving thousands of children separated from their parents who were usually jailed for a few days and then deported.

Those family separations became a black eye for the previous administration, and the Biden team is still working to reunite some of the parents and children more than three years later.