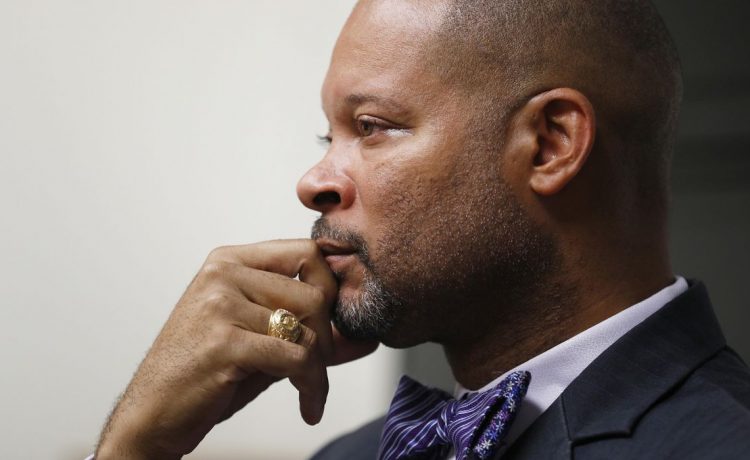 The announcement of “Republicans for Ford,” first reported by the Las Vegas Review-Journal, signals a major shift in party support as the group is headlined by a former rival of Ford’s – former state Senate Majority Leader Michael Roberson, along with former GOP Chairwoman Amy Tarkanian.

“Now, more than ever, it is time to put duty to the state and country above partisan politics,” said Roberson, who has sparred with Ford over funding education with marijuana tax revenue and in Carson City, when Ford was Senate Majority Leader and Roberson was Senate Minority Leader at the same time. He also called Chattah “unhinged” and a “charlatan.”

Chattah won the June Republican primary by 11 percentage points over Tisha Black, a more moderate candidate who had the backing of Nevada’s Republican establishment. A Las Vegas-based lawyer, she is one of a few right-wing GOP candidates in Nevada who won their primary races against more moderate opponents. Chattah sued Democratic Gov. Steve Sisolak over pandemic restrictions on behalf of a church and has often painted Black as a Democratic sympathizer throughout the primary.

Others who have signed on to the effort include former U.S. Rep. Jon Porter; Jodi Stephens, former Republican caucus director for the Nevada State Senate; and Herb Santos, a Nevada representative to the Republican Trial Lawyers, a group that lobbies Republican members of Congress. Five other Republicans in the group are listed as lobbyists.

“General Ford has a stellar track record of keeping Nevadans safe and protecting our rights,” said Tarkanian. “On the other hand, it is unacceptable that Sigal Chattah – an unprepared, dangerous candidate who lacks the experience, foresight, and temperament to be able to do right by Nevadans – is the Republican nominee for Attorney General.”

Chattah’s team did not immediately respond to an email requesting comment on Monday.