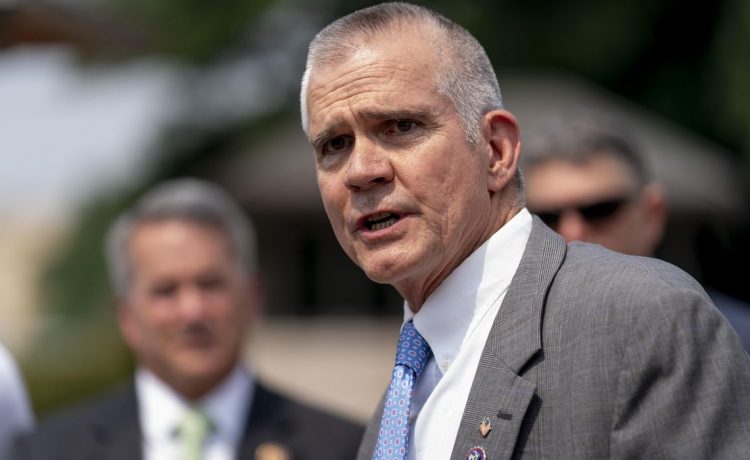 A recent ring doorbell video recording from a Delaware resident prompted a Republican lawmaker to question why agents from the Bureau of Alcohol Tobacco and Firearms asked a legal firearm owner for his weapons’ serial numbers without a warrant.

The video, first posted and reported by Armed American News shows ATF agents and state troopers on July 12 demanding a homeowner turn over the serial numbers of firearms he recently purchased.

“I’m extremely concerned by the reports of a surprise and unwarranted firearms inspection conducted by the ATF. This incident comes days after Steve Dettelbach was sworn in to head the ATF, and it is exactly the kind of action I was concerned about under his leadership. ATF agents did not have a search warrant, and they had to rely on pressuring the homeowner for consent,” Rep. Matt Rosendale, Montana Republican, told The Washington Times.

“The ATF must answer questions on why they decided to conduct an illegal search, especially since the homeowner had done nothing wrong. These actions by the federal government are unsettling, and they have no business going door-to-door to see who owns firearms. I fear that there will be more illegal inspections to come as the Left continues its assault on our 2nd Amendment rights. Congress should investigate this immediately.”

The ATF defended itself in a statement to The Washington Times, saying the agents’ actions were “entirely appropriate.”

“We are unable to comment on the details of any ongoing investigations; however, interviews are an entirely appropriate part of the investigative process for any law enforcement agency.”

The incident surfaced at a time when the House Judiciary Committee is marking up an assault weapons ban legislation, the first of its kind since a similar bill expired after 10 years in 2004.

The two videos show the resident answering his door and being greeted by two ATF agents and one Delaware State Police Trooper. All three men were armed and wearing tactical vests identifying their agencies.

After the homeowner asks the men, “Can I help you?” one ATF agent responds that they were part of a task force investigating straw purchases.

“All I’m doing is verifying that you have it, you got two different purchases. If you have them, I’m out of here. That’s how quick it is. Yeah. Do you have them with you by any chance?”

A straw purchase, a felony, happens when someone purchases a firearm for another person who cannot legally buy a firearm on their own.

The homeowner responded that the guns are in his safe.

“We can go out to your foyer here, check them out, write the serial numbers, and we’re out of here,” the first agent said.

The homeowner appears puzzled and asks if “that’s it.”

The first agent confirms that is what they want, and the second agent says, “That’s it. It will take five seconds.”

The trooper then says, “The reason we’re out here is, obviously, gun violence is at an uptick…We’ve been having a lot of issues with straw purchases. One of the things, indicators, we get is someone making a large gun purchase, and then a lot of times we’ve been there and ‘Oh, those guns got taken.’”

The first agent reassures the homeowner that he has done nothing wrong, and they are asking for serial numbers of his firearms because he made more than two gun purchases.

“The idea is that when you purchase more than two guns at a time it generates a multiple sales report, and it comes to us, and we have to check them out,” the agent said. “That’s all that is. You did nothing wrong – absolutely zero. I noticed you were stopped in Philly, though, with one of your guns?”

The trooper offers that they can wait, but the homeowner says he is fine, but that he just did not expect this visit by authorities.

The first agent replies, “Oh no. It just came up. We came here, look, I’m telling you. There’s an email from the federal side saying, ‘Can you make sure this guy’s got his guns.’”

The second agent then says, “We can look at them and write which ones you just bought, so we can save a trip from coming back. We’ll confirm that you have them.”

According to Armed American News, the homeowner had bought seven firearms since January 2022.

After asking the trooper and agents for identification, which they showed, the homeowner was told by the authorities they did not have a search warrant.

Aidan Johnston of Gun Owners of America (GOA) said the recorded incident in Delaware shows how the federal background check system has been abused and turned into a “de-facto registry.”

GOA released a report in January alleging that despite being prohibited by law, the ATF is maintaining a registry of guns, gun owners, and firearm transactions. The ATF, the pro-Second Amendment organization said in its report, maintains nearly a billion such records and “the Biden Administration is encouraging dealers to supply even more.”

An ATF spokeswoman responded to the release of this report in March by telling The Washington Times, “ATF does not maintain a federal gun registry for firearms that fall under the Gun Control Act, and none of the records ATF maintains relating to those firearms may be used to create such a registry.”