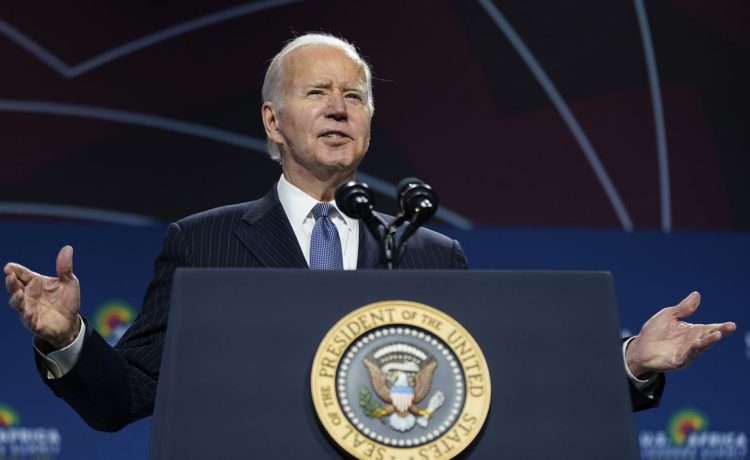 Republicans who have accused the Biden administration of colluding with social media firms to trample on free speech rights on Wednesday teed up a resolution of inquiry requesting records of communications between the White House and the tech giants.

According to the inquiry, submitted by Rep. Andrew Clyde of Georgia, the request calls for President Biden to provide the House with documents or records relating to coordination between social media companies and the Biden administration on information, censorship and meetings to suppress or deplatform persons.

“And there’s been similar reports showing that the Biden administration has been colluding with big tech to shut down speech, especially speech that runs counter to the President’s agenda,” she said. “In March, the surgeon general stood at the White House podium and urged big tech to ‘Do more to silence people online.’”

Mr. Clyde’s inquiry seeks documents that include information on censorship activities related to COVID–19, the president’s son Hunter Biden, elections and documents or records relating to plans to provide grant funding to consortiums, including the Democratic National Committee.

Committee Chairman Frank Pallone, Democrat of New Jersey, described the resolution of inquiry as something stemming from a “right-wing conspiracy theory.”

“This resolution actually comes from a member who is not on the committee seeking documents from the president that have not been previously requested,” he said, “And all concerning what I consider a rather right-wing conspiracy theory. “

He said, “Just a few months ago, we wasted a lot of time, in my opinion, in this room considering other partisan Republican resolutions of inquiry that were 18 in total. And I think that the problem here is that this is not a resolution that really seeks information or conducts oversight, but rather an abuse of the process.”

Twitter’s new CEO Elon Musk, as part of an effort to redress criticism from Republicans that the social media firm’s leftist managers and employees worked for years to silence voices on the right, began releasing internal documents earlier this month that show a consistent pattern of bias against conservatives.

The behind-the-scenes details on the decision-making process that led to the suppression of the Hunter Biden laptop story weeks before the 2020 presidential election and the “permanent” ban of then-President Trump from the platform have fueled the Republican appetite for documents related to big tech’s collusion with government entities.

The committee’s Democratic majority shot down the GOP inquiry request on Wednesday, but Republicans on the committee vow to continue their oversight of the administration when they control the majority in January.