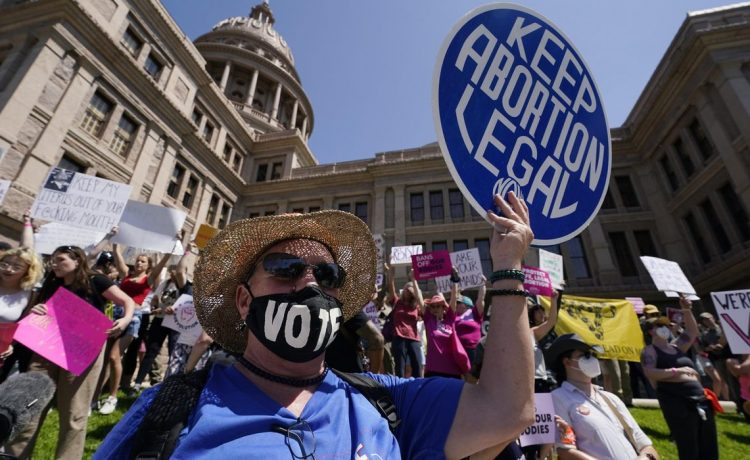 The Biden administration is driving illegal immigrant girls to states where they can get late-term abortions, Republican lawmakers charged, accusing the president’s team of breaking a federal law that prohibits the use of taxpayer money to facilitate the procedure.

The issue of illegal immigrants and abortion has long simmered within the broader immigration debate. But it has taken on new urgency after the Supreme Court’s ruling in June overturned the federal constitutional guarantee of abortion rights and returned the issue to the states.

Health and Human Services, the federal agency that cares for illegal immigrant juveniles who arrive at the border without parents, is working to ensure pregnant girls end up in states where abortions are still allowed.

In instances where a girl’s pregnancy is too far along for her to be flown safely, that means driving her to a state where late-term abortions are still allowed, the GOP members of Congress said in their letter dated Friday.

“We are astounded that we have to explain the horror of driving a pregnant minor, whose unborn child is well past the point of viability, to a state where a provider will perform an elective late-term abortion. Driving a pregnant minor to another state for a late-term abortion is not a legal use of taxpayer dollars,” said the lawmakers, led by Sen. James Lankford, Oklahoma Republican.

The Washington Times first reported in July on the Biden administration’s abortion transportation policy over the summer, after officials revealed its existence in a court filing.

Minors who come to the border without parents are called unaccompanied alien children, or UACs. Under federal law and court rulings, most of them must be turned over to the Department of Health and Human Services for care in shelters while they await sponsors to pick them up.

HHS’s Office of Refugee Resettlement, which oversees the shelters, has crafted policies to ensure pregnant girls can get abortions.

Mr. Lankford and his colleagues said HHS also allows chemical abortion drugs to be distributed and “self-administered” inside the shelters.

The lawmakers said that was “a complete dereliction of the duty to ensure the safety of children in your care.”

They pointed to what’s known as the “Hyde amendment,” a policy that limits the use of taxpayer money on abortions. They said HHS is violating that part of the law.

The lawmakers demanded answers on the number of abortions that have been facilitated, with a breakdown of how many of those were chemical abortions versus surgical abortions.

“ORR has the responsibility to ensure the safety of some of the world’s most vulnerable children. It is deeply concerning that in a time of such uncertainty and fear, they are entrusted to an agency that prioritizes its pro-abortion agenda over the health and safety of the children in its custody,” the Republicans said.

When The Times asked about the transportation policy in July, HHS declined to release any data on how many pregnant teens were in custody and how many had requested abortions.

The department would only say that it was “monitoring any impact the Supreme Court decision may have” on its programs.

In a 6-3 ruling in late June, the justices overturned the 1973 Roe v. Wade decision that created a national constitutional right to abortion. Without Roe, the issue returned to the states. A number of those states enacted laws limiting access to abortion.

Texas, which now effectively bars abortion, has long been a major location of UAC facilities. Arizona, where a federal judge on Friday allowed a ban to take effect, and Florida, which has a ban on abortions after 15 weeks, have also been big players in the UAC shelter business.

The number of abortions among migrant teens has likely soared under the Biden administration simply because the overall number of arrivals is higher.

The Border Patrol has apprehended more than 253,000 UACs over the last 18 months, shattering all previous records from the Obama and Trump years.