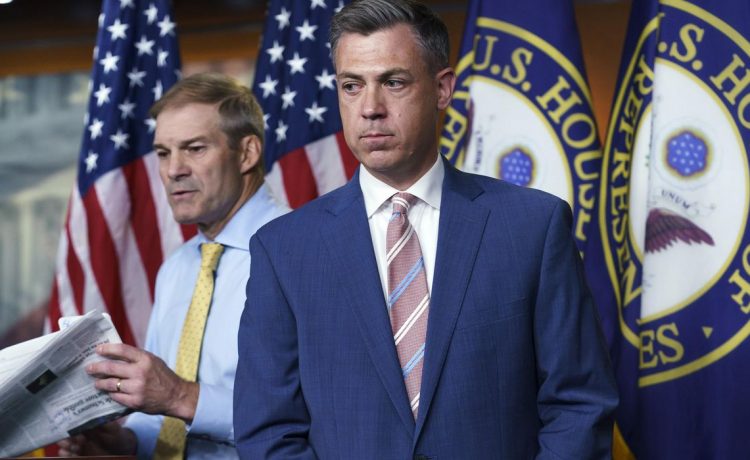 Some House Republicans envision a “Church-style” committee hearing to hold officials in the Biden Justice Department accountable for targeting President Donald Trump and his political allies.

Outraged Republican lawmakers accused President Biden and the FBI of weaponizing the DOJ against Mr. Biden’s political opponents after 30 agents raided Mr. Trump’s Mar-A-Lago home Monday while he was not there. They were reportedly looking for documents that Mr. Trump was required to turn over to the National Archives from his time in office.

“I think back to the example of the Church Committee  … I think we’ve got to fundamentally change the Justice Department and the FBI,” Rep. Dan Bishop of North Carolina, a member of the Judiciary Committee, told The Washington Times.

“Now, I’ll leave open the possibility that somebody has some grounds that in the light of day will prove that adequate, but I am skeptical,” he said.

The Church Committee was named after the late Sen. Frank Church of Idaho, who chaired a select committee in the 1970s that investigated constitutionally questionable domestic security operations headed up by the FBI and CIA.

By 1978, Congress approved several pieces of legislation to provide for more checks and balances of the intelligence community, including the Foreign Intelligence Surveillance Act.

“I’ve seen enough,” House Minority Leader Kevin McCarthy tweeted describing the actions of the Justice Department as “weaponization” against the administration’s political opponents. He vowed to investigate Attorney General Merrick Garland if the GOP gains the majority in November’s elections.

“Answer our questions about this action today, which has never happened in American history,” said Rep. Jim Jordan of Ohio, the top Republican on the House Judiciary Committee, who also called on Mr. Garland and FBI Director Christopher Wray during an interview with Fox News host Laura Ingraham.

Rep. Jim Banks of Indiana, Chairman of the Republican Study Committee, also said that a Church-style Committee hearing is likely the path Republicans would take to investigate the Justice Department.

Mr. Bishop said that the only way that he can envision a committee launching again starts with a GOP-controlled Congress.

“I think the only complete fix happens once another Republican president is elected. But Congress is really the only institution that has the power to step in forcefully, and, and there has been insufficient willingness to do so until now,” he said.

Michael Caputo, a veteran GOP political strategist who worked as an official in the Department of Health and Human Services during the Trump administration, said “President Biden will be indicted in 2025. So will his son, and so will his brother. It’s a metaphysical certitude.”

“All of the preliminary investigations that need to happen to return an indictment can be done by the House,” Mr. Caputo said. “Those investigations will take time. And they can begin January,” adding that he likes the Church Committee aspect.

Mr. Bishop, who also wants to question the FBI about its undercover agents and informants who allegedly tried to entrap a group in a kidnapping plot against Michigan Gov. Gretchen Whitmer, said it would be appropriate to compel witnesses to appear through an inherent contempt of Congress charge.

“That’s the kind of thing I’m talking about. If people won’t cooperate, I think they need to be put into jail at the House. We’re gonna have to see whether people are tough enough,” he said. “And whether leadership will give enough latitude for us to be able to find out what’s happened.”