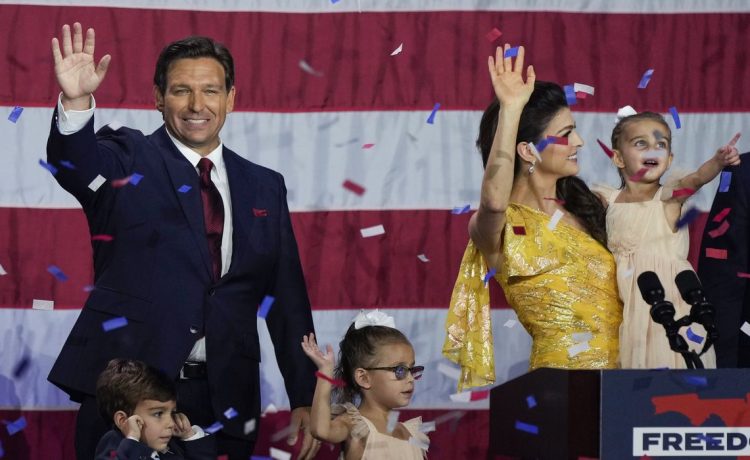 On an otherwise lackluster night for Republicans, they did show marked improvement among Latino voters, claiming 39% of their vote nationally, according to the networks’ exit polling, which showed a 10-point improvement over the last midterm elections.

The showing was powered by strong performances in Florida, where Gov. Ron DeSantis won 57% of Latino voters en route to a smashing victory for his second term, and in Texas, where Gov. Greg Abbott won 40% of Latinos and collected a third term.

The news was welcome for Republicans on a night that otherwise counted as a bit of a disappointment, with hopes of a red wave failing to materialize.

Latinos tacked closer to the GOP across all demographics.

They collected 45% of Latino men’s votes, according to CNN’s version of the network exit polling. That was up from 34% in 2018. And a third of Latino women voted for Republicans, up from 26% in the last midterm election.

Republicans also made gains across all age groups, with a particular surge among younger Latino voters. Three in 10 Latinos under 30 voted for the GOP, up from 17% in 2018.

Overall, Latinos comprised 11% of voters, the exit polling projected. That was the same rate as in 2018.

Mr. DeSantis’s victory told much of the story of the night.

He saw his share of Latino voters rise from 44% in his first gubernatorial campaign to 57% this time.