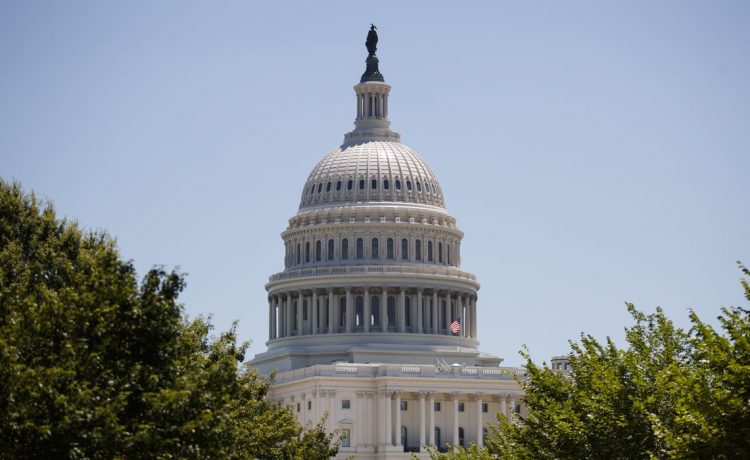 Democrat John Fetterman’s win in the Pennsylvania Senate race dashed GOP hopes of a decisive Republican takeover in Congress, even as the fate of the Senate remained in limbo Wednesday.

Mr. Fetterman was declared the winner in the Keystone State early Wednesday morning with the latest vote tallies showing him ahead of Republican Mehmet Oz, 50% to 47%.

His victory flips a GOP-held seat to the Democrats and makes a Republican takeover of the Senate a much tougher task.

The GOP is locked in close battles in Arizona, Nevada and Georgia where the Senate races remained too close to call on Wednesday morning.

In Arizona, fewer than 70% of the votes were counted in the Senate race. Democratic incumbent Mark Kelly is leading Republican Blake Masters so far, 52% to 46%.

In Nevada’s Senate race, Republican Adam Laxalt is leading Democratic incumbent Catherine Cortez Masto, 50% to 47%, but only 75% of precincts have been tallied as of Wednesday morning.

Georgia’s Senate race could be heading to a Dec. 6 runoff because neither candidate is above the 50% threshold needed to win outright with 95% of the vote counted.

Even with some races outstanding, the Republican Party‘s hoped-for red wave in the Senate looked more like a ripple as Democratic incumbents held onto seats in New Hampshire, Colorado and Washington state.

Republicans secured an easy win in Florida, where incumbent Sen. Marco Rubio easily defeated Democratic Rep. Val Demings. Mr. Rubio was on track for about a 15-point victory over Ms. Demings, who Democrats once hoped would be able to flip the seat by running on her tenure as chief of police in Orlando.

Democrats took over the Senate in January 2021 by winning two special elections in Georgia that produced a 50-50 chamber with Vice President Kamala Harris’ tie-breaking vote.

Senate Republicans were hoping President Biden’s low approval ratings, high inflation and fuel costs, as well as concerns over rising crime and illegal immigration, would push GOP candidates to victories in several swing states and give them control of the Senate gavel once again.

Democrats, however, are faring better than predicted after struggling to find a campaign message that resonated with voters. They chose to focus on the Supreme Court ruling in June that overturned the 1973 Roe v. Wade decision, which legalized abortion nationwide.

The Democrats attacked Republicans as extremists who would ban abortion with no exceptions and curtail other reproductive rights. Led by Mr. Biden, Democrats also labeled “MAGA Republicans” as a danger to democracy.

Polls taken ahead of the election showed voters were more concerned about grocery and gas prices, paying their heating bills and stopping crime in their neighborhoods.

No matter which party wins control of the Senate, there is little that lawmakers can pass that will become law in the next two years.

The likely GOP takeover of the House means divided government will return to Washington and big partisan policy bills, such as the Democrats’ “Build Back Better” legislation or the “Inflation Reduction Act” signed into law this year, will be blocked. Any partisan bill that a Republican-led Congress passes faces an almost certain veto by Mr. Biden, and Republicans won’t have the votes to override a veto.

Democrats sought to make their path to victory in November easier by meddling in Republican primaries, pumping money into swing-state candidates endorsed by former President Donald Trump in the hope that they would be too extreme for the general electorate.

Their plan appears to have been successful in key races.

Senate Majority PAC, a group aligned with Senate Democratic leader Charles E. Schumer, spent $3.2 million on ads to help retired Gen. Don Bolduc, a Trump-backed conservative, in the New Hampshire GOP Senate primary. Mr. Bolduc won the race and had caught up to Democratic incumbent Sen. Maggie Hassan in the polls in the days leading up to the election, but was trounced on election night.

He lost the race and was down by 10 points with 84% of the vote counted on Wednesday.