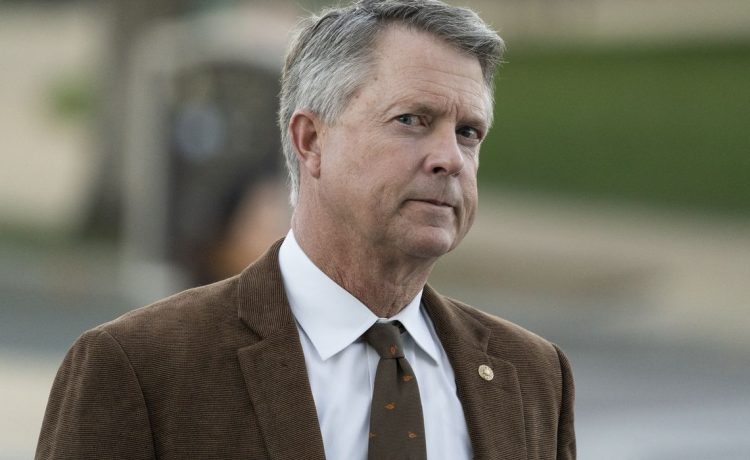 Sen. Roger Marshall, pushing back on President Biden’s expansion of the Internal Revenue Service, is looking to enhance protections for taxpayers against overreach by the beefed-up agency.

The Kansas Republican unveiled two bills, including one that would compensate eligible taxpayers who are incorrectly hit with a failed IRS audit.

The first bill would allow taxpayers to be paid after the disposition of their case and the completion of judicial proceedings.

“Defending a frivolous audit is expensive and the IRS should pay the bill, not innocent Americans, who were wrongly targeted by an overzealous federal accountant,” Mr. Marshall told Fox Business.

A second bill by Mr. Marshall would require the IRS to sell its $700,000 stockpile of firearm ammunition. The senator contends the stockpile could be used to threaten and intimidate Americans.

The senator’s proposed legislation would require the General Services Administration to sell ammunition stockpiled or bought by the IRS for the agency’s use within 90 days of the bill’s enactment and have the proceeds deposited in the general fund of the Treasury.

“The IRS currently possesses a massive ammunition stockpile. Joe Biden wants the IRS to squeeze every cent it possibly can out of law-abiding American taxpayers and this ammo must be sold before federal law enforcement can potentially use it to threaten and oppress citizens,” Mr. Marshall said.

Mr. Biden’s expansion of the tax agency was put into his climate and tax bill, dubbed the Inflation Reduction Act.

The president’s bill included $80 billion to boost the IRS in the next decade, with the goal of cracking down on tax evasion. An additional 87,000 employees are meant to be added to the agency.

The administration, however, has pledged not to raise taxes or increase audits on households making less than $400,000 a year.