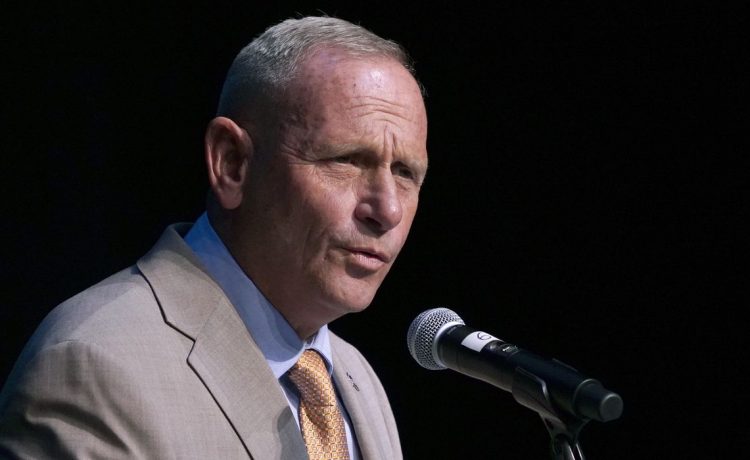 The incident occurred outside the New Hampshire Institute of Politics on the Saint Anselm College campus when a Libertarian Party activist hurled profane insults at Mr. Bolduc as he walked toward the venue.

“I arrived to the debate. There was a large crowd of Sen. Hassan supporters and Don Bolduc supporters. I get out of my vehicle, and I immediately went over to my supporters shouting USA, USA,” Mr. Bolduc told “Fox & Friends” Thursday morning.

He said he immediately noticed a man standing near him and giving him “some very derogatory gestures and using very profane language. So, I just kept him in my peripheral vision the entire time.”

Mr. Bolduc said that as he continued to shake hands and work the crowd, the individual “charged” at him.

Mr. Bolduc, a retired Army general who served 10 tours in Afghanistan and was awarded two Purple Hearts, referenced the assault during the debate when asked about how much politicians should speak up about political violence since the attack last week against House Speaker Nancy Pelosi’s husband, Paul Pelosi.

“It’s a sign of political problems,” he said. “Republicans and Democrats … fuel issues with people that get them to the point where they are just so upset at an individual that they strike out. It happened to me outside just before I came in here. This is wrong and it needs to be stopped.”

Kevin Donohoe, a spokesman for the Hassan campaign, tweeted that the attack on Mr. Bolduc was “disgusting.”

“We saw this same Libertarian activist get aggressive with our campaign volunteers at this debate and the last,” Mr. Donohoe wrote.

The attempted assault against Mr. Bolduc happened on the same night President Biden made his closing campaign pitch to voters for Tuesday’s midterm elections, comparing the assailant who attacked Mr. Pelosi with a hammer, which caused a skull fracture, to the rioters on Jan. 6, 2021.