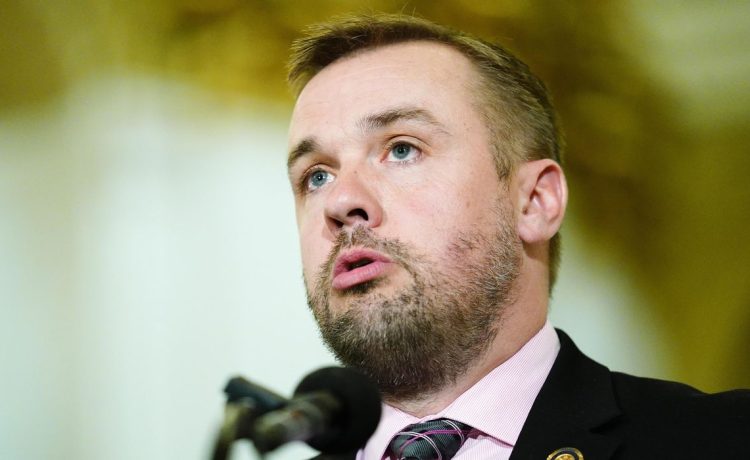 HARRISBURG, Pa. — The top-ranking Republican in the Pennsylvania House of Representatives asked a court late Friday to prevent voters from filling three vacant seats in February that will determine majority control of the chamber.

Rep. Bryan Cutler of Lancaster, who served as speaker until Nov. 30, asked Commonwealth Court to issue an injunction, naming the Department of State, acting Secretary of State Leigh Chapman and the Allegheny County Elections Board as defendants.

Cutler’s filing came days after his Democratic counterpart as floor leader, Rep. Joanna McClinton of Philadelphia, claimed the mantle of the chamber’s presiding officer and sent the state orders scheduling the elections for Feb. 7.

Helped by redrawn district maps and strength at the top of the ticket in gubernatorial and U.S. Senate races, Democrats won a net of 12 seats in the November election, barely enough to retake control of the House, 102-101, after more than a decade in the minority.

But one successful Democratic incumbent, Rep. Tony DeLuca of Allegheny County, died at age 85 of cancer a few weeks before voters returned him for another term. Two other Allegheny County Democrats who were reelected, Reps. Austin Davis and Summer Lee, resigned this week ahead of being sworn in next month as lieutenant governor and to Congress.

Cutler’s lawsuit argues that DeLuca’s death before the new session began Dec. 1 means Democrats “cannot claim to have ever had a majority of 102 living members or more members than the Republican Caucus.”

Cutler’s lawsuit challenges McClinton’s authority under the state’s laws and constitution to issue the three “writs of election.”

The Democrats have 99 members and the Republicans 101 who are expected to participate in swearing-in day on Jan. 3, with practical control of the chamber up in the air.

Normally, elections are scheduled by the House speaker, and on Nov. 30, the last day of the 2021-22 term, Cutler scheduled the DeLuca special election for Feb. 7. This week, Chapman – appointed by Democratic Gov. Tom Wolf – rejected Cutler’s election-scheduling paperwork and accepted McClinton’s.

The chamber will not have a speaker until Jan. 3. Chief Clerk Brooke Wheeler will preside over the House that day until representatives choose a speaker to run their chamber during the 2023-24 session.