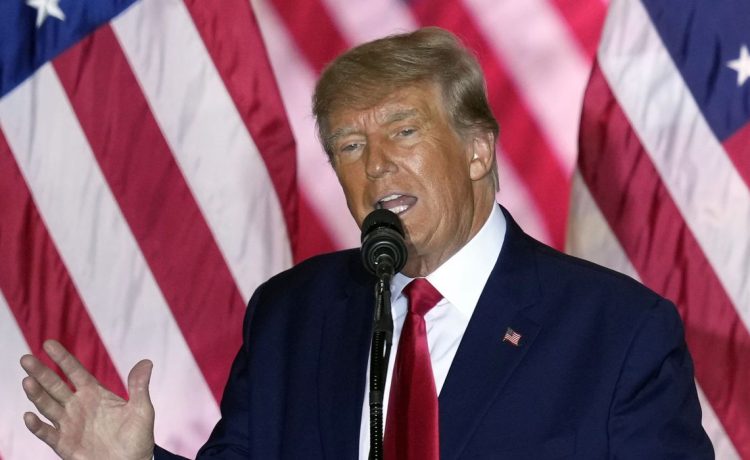 Republican voters like former President Donald Trump’s policies, but six in 10 would prefer a different leader to carry them out, according to a Tuesday poll that shows Mr. Trump’s stock dwindling ahead of the 2024 election cycle.

The USA Today/Suffolk University Poll says 31% of Republican and GOP-leaning voters back Mr. Trump’s run but 61% would prefer a different candidate to pursue the policies he put forward during his term.

And it’s not just any alternative: Two-thirds of GOP voters said they would like to see Florida Gov. Ron DeSantis run and they prefer him in a head-to-head with Mr. Trump, 56% to 33%.

Mr. DeSantis also bests President Biden in a hypothetical matchup among all voters, 47%-43%, the poll says.

“There’s a new Republican sheriff in town,” said David Paleologos, director of the Suffolk University Political Research Center. “DeSantis outpolls Trump not only among the general electorate but also among these Republican-leaning voters who have been the former president’s base. Republicans and conservative independents increasingly want Trumpism without Trump.”

The results coincide with increasing legal peril for Mr. Trump with regard to his family business, the retention of classified documents at his Mar-a-Lago estate and his actions in the aftermath of the 2020 election.

Mr. Trump also angered Republicans by dining with rapper Ye and White nationalist Nick Fuentes — both have gone on antisemitic rants — and suggesting that parts of the Constitution could be terminated to deal with his claims of fraud in the 2020 election.

Mr. Trump recently announced he will run for president in 2024. His approval rating is 30% among all voters in the new poll, compared to 46% for Mr. Biden.

Mr. Biden, 80, says he is inclined to run for a second term but hasn’t made it official.

Many voters don’t want either man to run, with 69% balking at a Trump bid and 67% rejecting another Biden campaign.

“Add in a number of other Republican presidential candidates who would divide the anti-Trump vote, and you have a recipe for a repeat of the 2016 Republican caucuses and primaries when Trump outlasted the rest of the divided field,” he said.

Independent women could be a wild card in the general election.

The Suffolk poll says they prevented a red wave in the midterm elections due in part to anger over the Supreme Court overturning Roe v. Wade, which legalized abortion nationwide.

The survey was conducted among 1,000 voters Dec. 7-11, and has a margin of error of plus or minus 3.1 percentage points.